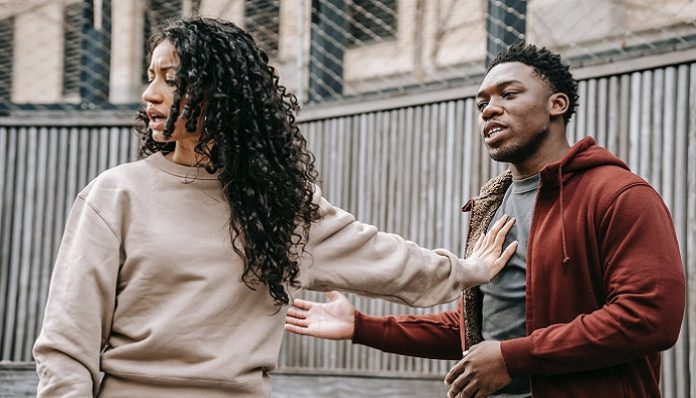 It’s four in the morning, you’re reading some stupid romance novel on your tablet, and it hits you. You want nothing more than to be back in the arms of your ex-boyfriend. You’re remembering all the great times you had together: the time he brought you that stuffed animal when you were sick, when he surprised you with a salon gift certificate, made you a romantic dinner by candlelight. In that moment, you are trapped in your own delusions that he was perfect for you. These small moments have taken over your brain and rationalized the idea to text him (yes, at four in the morning) to confess that you’re still thinking of him. In that moment, you have absolutely forgotten all the reasons you broke up in the first place – all the very valid reasons why it is a terrible idea to text him.

He’s Not the Same Guy Anymore

I hate to break it to you, but your relationship changed him just as much as it changed you. All the things you learned along the way through being with him, he learned as well. Change isn’t necessarily a bad thing – but it’s crucial to note that both of you are different people than when you originally dated. The fond memories you have of the stuffed animal and the candles are from the past, the guy he used to be for the girl you used to be. Once you start relight the old flame, these sweet sentiments won’t seem so sweet when you start remembering why you broke up in the first place.

The same things that annoyed you the first time around will annoy you the second (or third, or fourth) time around. Cheating is an especially difficult habit to break. If he was unfaithful to you, begging him back into your life is only going to show him that he can do it again. If you’re just going to take him back time and time again, there was no real consequences of his actions. He’s going to continue to cheat. This goes for any annoying thing he did: “forgetting” his wallet, going MIA for days, blacking out every weekend. You’re validating any of his bad habits by offering a second chance at your relationship.

You Can Forgive, but You May Not Forget

You may have worked out each other’s differences and may have even established solid boundaries to feel a bit safer and more comfortable in the relationship. Regardless, you might not ever forget that feeling of jealousy or the feeling of betrayal that ended your relationship. Without even recognizing it, you could be treating him with suspicion and mistrust. You can forgive every one of his misdeeds and he could forgive yours, but the memories are still there and they aren’t going anywhere.

No one is saying you don’t have good memories with this guy, but we can’t keep opening our hearts to the same situations over and over again. The relationship ended because you were unhappy with some aspect of the relationship, whether you were conscious of it or not. There is no guarantee that those aspects are ever going to change. Deluding yourself into believing they will change is irrational and harmful to your mental sanity. Give yourself the much-need emotional break and cut the ties to that old relationship.

Why The Toughest Battle You’ll Ever Fight, Is Against Yourself