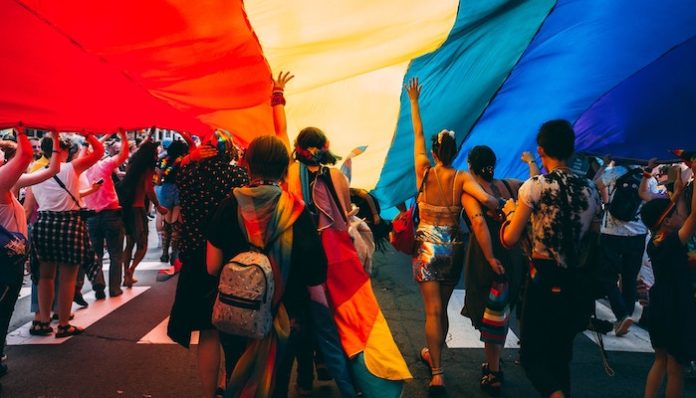 You may be familiar with some if not all of the terms mentioned above. But, have you ever asked yourself what each term means and how you should react to it?

We all might have a friend, family member or partner that is part of the community. Despite that, we don’t take the time to get familiar with these terms or how we can be an Ally for members of this community.

I think the easiest way to explain this is mentioning the ways that we are not allies, but we just think we are:

Those are just some examples and thoughts of people that I know around me who consider themselves allies of the LGBTQ+ community. However, in fact, they are not. I have recently come in contact with several people who are part of the LGBTQ+ community, and this has opened up a whole new world of knowledge to me. We think that they are a separate world and that we need to tiptoe around them because they seem strange to us.

The thing is, we are all the same.

Whether someone is part of this community doesn’t change the fact that they want the same things as everyone else: justice and equality. Why do we get outraged when we hear about women being abused and the #MeToo movement but don’t get outraged about the spike in crimes committed against the LGBTQ+ community?

From my experience, being an ally for the community means speaking up for them when they are not there, listening to every story and journey that is shared with you, and asking questions about how they are and what you can do for them.

More often than not, LGBTQ+ people just want to talk and feel loved when they share their stories.

It’s so much more than simply sharing a post about how you are an ally. Instead, you have to soak yourself in knowledge. Learn about each letter in the LGBTQ+ and what it means to each person that identifies as such. Learn about gender identity, gender expression, and identity. Give the people that you know a safe space to express themselves without passing judgment. You don’t have to be friends with everyone who is part of the LGBTQ+ community, but you can certainly respect their identity as a person.

Being open to their journeys and standing up for them will take you a long way. If someone doesn’t want to open up to you, don’t push them. Remember, what we are all looking for is, equality.

Here are some resources that you can take a look at if you are interested in being a better ally:

The GenderBread Person: https://www.genderbread.org A drawing that will break down gender identity, anatomical sex, gender expression, and attraction.

When The Past Comes Back To Bite You, Bite Back