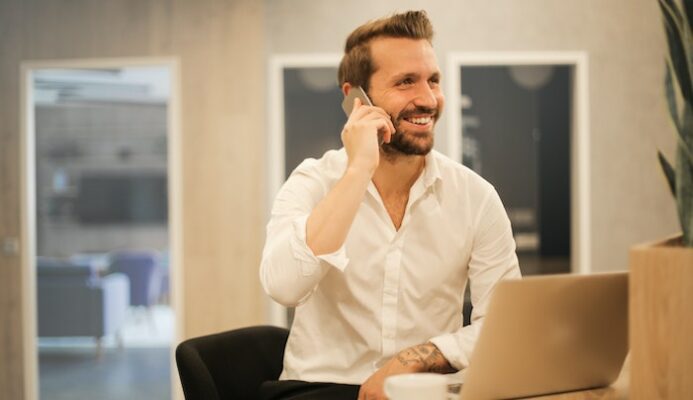 We’ve all heard the advice to “never mix business with pleasure,” and that phrase is often true. However, a recent survey conducted by TrueMedical revealed that one of the key ingredients to a satisfying sex life could actually involve your chosen career path.

The survey included results from 1099 men and women from all over the United States. Each participant answered various questions about their career, daily habits, and sex lives. And, as it turns out, there are some interesting connections between careers and sexual satisfaction.

Results revealed that individuals in some occupations felt more satisfied with the quality and frequency of their sexual encounters.

In fact, operations managers topped the list in terms of overall sexual satisfaction. This breaks the stereotype that business operations folks are boring! Furthermore, customer service representatives and retail employees also scored high on the list.

While many surveys surrounding sex end up with significantly different answers between men and women, TrueMedical reports that there were actually significant overlaps between careers and sexual satisfaction between the two genders, making this connection even clearer.

While these results are interesting in general, one of the most glaring points (at least to me) was that some of the highest jobs on this list are actually ones that require less education.

For example, laborers, cashiers, and retail sales associates often don’t need a formal college education to do their job. While this isn’t to say that college kills your sex drive, it could be that jobs that require higher levels of education are also more mentally demanding and stressful.

Experts have already established that higher stress levels result in lower sex drive and other sex-related issues. Therefore, it’s not a far-fetched conclusion to think that more demanding jobs aren’t appearing on this list due to stress impacting the individuals’ ability to enjoy intercourse.

Obviously, the results of this survey aren’t meant to steer you away from your dream job by any means. However, it definitely gives people something to think about as they live for the hustle and continue to push themselves up the career ladder.

Maybe we shouldn’t mix business with pleasure, but as this survey points out, we also shouldn’t expect an amazing sex life if we’re only committing ourselves to the job. Money doesn’t buy everything, and this study proves that.

What do you find most fascinating about this data from TrueMedical? Let us know in the comments!

Photo by bruce mars on Unsplash

Why Knowing Exactly What You Want In Life Isn’t A Bad...