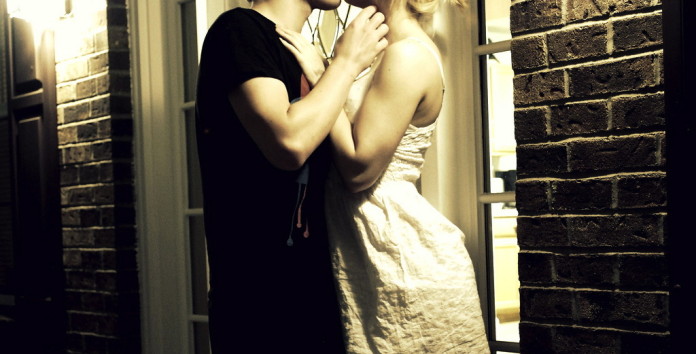 To be honest, these girls are not necessarily just a cry for help. They’re just girls who have fallen victim to a douchebag and his games. Now I already know what you’re thinking…”Why are you defending them?”. Truth is I’m not. You just haven’t heard the other side of the story. You’ll always hear about the mistake the girl in question has made…but you’ll never hear how she got to that point in the first place.

We’re always so quick to judge the woman, but have you ever thought about the man who actually causes all this? It’s because of this asshole and his mind games such as calling you “Babe or baby”, making you feel so special like you’re the only one, and even going so far as to make you believe he’s going to break up with his girlfriend for you. And that leads me to introduce you to these three women we all typically love to hate…

“The Booty Call”
She’s wearing Uggs, a Northface pullover, and her Victoria Secret yoga pants. She’s only seen with him after midnight and never with him in public during normal business hours. Say hello to the Booty Call. Now this young lady fell for the “What are you doing? Let’s watch a movie” text after 12 a.m. She falls for the sweet nothings, the cuddling that leads to being under the covers, and even falls for the “We’ll settle down soon” line. The honest truth is that none of this is going to happen. He’s going to wake up in the morning, and life will be back to the regular schedule. No contact before at LEAST 10 p.m., and definitely no “Hey, just seeing how you were doing” text during the week.

“The Homewrecker”
She looks like the typical female. However, she has a hidden agenda. The sub tweets about “#Oomf and I would be perfect for each other” , the flirty texts, even the secret admirer gift grams on campus come from her. Keep in mind, she knows that the man she’s going after is taken. He’s completely off the market, yet she still keeps trying. Finally she makes her move, probably catches him by himself and sneaks a kiss or shows up to his room and starts to rip his clothes off. She is the homewrecker. However let’s not forget the male who decided to “harmlessly flirt” with her because he’s being friendly. This leads to mixed signals, and a whole heap of trouble with his girlfriend later.

“The Side Chick”
She’s the complacent girl. The girl who just really doesn’t know how to let go of this jerk…and until she finds a replacement, she’s going to let him just use her for his pleasure. She’s the girl who will never be seen in an Instagram picture with him. They will never be out in public together. She’s kept around because his girlfriend is nagging too much, or his girlfriend is not meeting his needs. So therefore he feels like he has to have a side dish just in case something doesn’t work out. Once again, the male seems to screw this up too. He’ll make her feel like she has hope of being the only one. He’ll make her feel like she is his girlfriend. However, he is never going to make her THE ONE. Unfortunately, she is just a temporary fix just like the other two. Lose the hope and move on.

Here’s why we shouldn’t bash these ladies though.

To be honest, all three of these girls are all complacent. They don’t know what they really deserve. These so called “I’m too worried about getting my ejack on” selfish pricks don’t even care about what these girls are feeling. These guys give these women such a sense of false pride. The male never sees how he’s really traumatizing the woman that he’s playing all these games with. To him, he’s having a little fun, but to her it’s something so much deeper than that. She feels like “Maybe this guy might actually be the one” or maybe “He’ll actually settle down with me and only me”. It definitely doesn’t work that way. What really ends up happening is the male gets his fix like a junkie, and the woman is left with a broken heart and a lost sense of self.

These women are ultimately a byproduct of these guys playing with their feelings, down playing their intelligence and making them feel like how actual girlfriends should be treated.

5 Signs You Are Just Too Lazy To Clean

Attention Daydreamers: How Starting Your Career May Be Easier Than You...