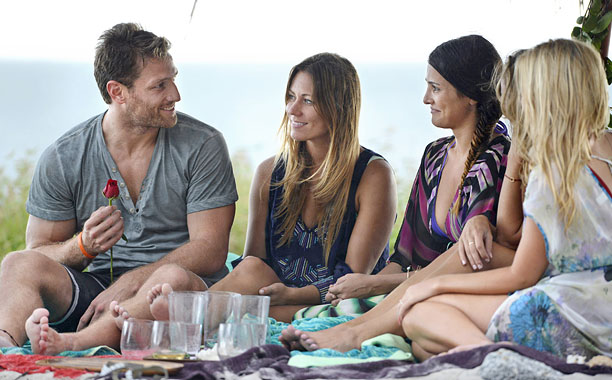 Girls are genuinely excited about 3 things in life:

Now, while the typical female knows that the “reality” part of all of their shows is about a solid 98% staged, we still continue to get choked up while watching The Bachelorette, voice our own seemingly well-thought out opinion on what Tereasa REALLY meant on the Real Housewives reunion show, and hate on Kristen Cavallari just as much as Lauren Conrad did/does (#teamLC4LIFE). While we ladies are investing a serious portion of our lives living vicariously through every show we watch, people still scratch their head on what we actually find so intriguing about reality shows. What all these people really are doing, though, is simply missing out on the values of what exactly reality television really teaches us, which is why I have outlined the most important factors to help all of you MSNBC and CNN only viewers out.

1. Reality shows make us feel better about our own lives

Yes, while we might not have all the glitz and glamour of designer clothes, great hair products and highly overpriced make-up, we do have one thing that these stars don’t -sanity. After watching 40+ year old women argue for an hour STRAIGHT about what so-and-so said about so-and-so at their hot yoga class, suddenly my life doesn’t seem too bad. While these women are shedding serious tears over who said what, my biggest problem is how many chips I can fit into my mouth in one bite. You see, when peasant women fight, they don’t have the joy of having our arguments being recorded and played for millions of viewers, but these women do. Just think about how many times you have talked major shit about someone to your best friend, now times that best friend by a couple million other people and think about how awful your life would be. Knowing this, after watching Teresa Giudice literally throw a table over what someone said about her in a hair salon on The Real Housewives of New Jersey, I can safely click off the TV and say “well, at least my life doesn’t suck that bad.” Sorry though, Teresa, hope you fixed that table.

2. They give us tips on how to argue

Like the famous words of LC on The Hills “I want to forgive you, and I want to forget you.” Ironically, the best and most used line in any female argument ever. Seriously though, use this with any person you are arguing with and watch their face turn to shock as you walk away and the sound of a string guitar plays in the background as you fade into the distance. Okay, maybe not exactly like that but it still makes any female feel like a total bad-ass when she quotes a great insult she heard from some type of reality show that caused the entire audience to gasp in greatness. Most of the insults women like to throw at people are from some show they watched and heard and instantly typed into the note section of their iPhone, and it’s a great thing. 1) because guys don’t usually watch their shows so they’re going to think we’re great at insults, and 2) it makes us feel just as great as the person who originally said it felt. So tell me, “does your ass get jealous of the shit that comes out of your mouth?”-Tamera Barney, Real Housewives of Orange County

3. They tell us just exactly how much money we don’t have

Where exactly would we be had we not known just how much a true “Super Sweet 16” party really cost? Broke. We would be broke and sad and not have enough money to put a gallon of gas in our pink Mercedes we forced out parents to buy us. But thanks to reality television, we are forced to realize that in order to not become bankrupt, we have to save our money. I have paid more attention to My Super Sweet 16 and the costs of what people’s dresses are on reunion shows more than I have paid attention in any economics class, and I don’t care. Sue me; I have the money for a lawyer thanks to my frugal-ness I learned from reality television. *somewhere in the distance a MTV producer starts a slow-clap*

What do the Kardashians have that the majority of us don’t? A perfectly dysfunctional family. Watching Kim and Kourtney argue about how Kim lost her diamond earring in the sea of some remote island makes me love my family for just how normal they really are. Just think about this for a moment, you could have a mother like Kris Kardashian or a father with the face of Bruce Jenner…now go hug your parents right now.

Now this, my friends, is why us betches go crazy over reality shows. We need our Kimye, our Tamera and our Juan Pablo to teach us these great life values. While you still might not understand why we are so invested in our reality shows, we still don’t understand why you are so invested in your Xbox…so let us have our shows and you have that box thing.