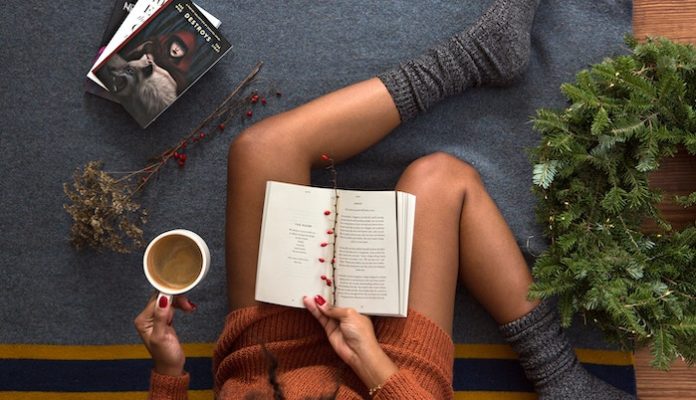 If you’re like me, you’re still catching up on a lot of 2019 book releases that you weren’t able to get checked off your reading list last year. Regardless, you should also get excited about some highly-anticipated reads to be released in 2020. Say hello to the books you must read this year!

A few of these have already been released, while others are coming out this spring. So there’s plenty to keep us busy reading while waiting for the rest. Here are 10 books you don’t want to miss this year!

Uncanny Valley follows the author, Wiener, as she quits her job in publishing to move to the heart of Silicon Valley during the height of the tech industry’s idealism. Wiener’s memoir is both a coming-of-age story as well as a tale of disillusionment amongst the rise and fall of startup culture.

This futuristic sci-fi contemporary novel sounds like something right out of my nightmares. Followers is about two ambitious friends who make certain choices during their quest to find fame. The synopsis is relatively vague concerning what these two friends get up to. However, we do know that thirty-five years later, there are government-appointed celebrities who share every moment of their days live on camera.

3. Topics of Conversation by Miranda Popkey

Popkey’s debut is composed almost entirely of conversations between women about shame, love, infidelity, and self-sabotage. The story spans over twenty years of an unnamed narrator’s life as she edges closer to self-destruction in search of new experiences. You won’t want to miss reading this.

4. Such a Fun Age by Kiley Reid

In Such a Fun Age, Emira Tucker, a young black woman who babysits for a rich white family, is accused of kidnapping one of the children while at a supermarket late at night. The incident is filmed and Emira is furious and humiliated. So, the mother, Alix Chamberlain, resolves to make it right. As both women’s lives fall apart, the novel explores the “stickiness of transactional relationships” with “empathy and piercing social commentary”.

This collection of essays is a critique of today’s mainstream feminist movement. Mikki Kendall argues that meeting basic needs is an issue that is not spoken about in prominent feminist discourse. Therefore, not prioritizing these issues exacerbates the age-old problem of a movement that upholds some (privileged) women, while oppressing others.

6. My Dark Vanessa by Kate Elizabeth Russell (will be released on March 10)

In 2000, Vanessa Wye is fifteen years old and becomes entangled in an affair with her forty-two-year-old English teacher, Jacob Strane. Then, in 2017, Strane is accused of sexual abuse by a former student, who reaches out to Vanessa. Vanessa must decide on whether or not to stay silent or confront her past. This book explores the psychological dynamics of memory, trauma, consent, and agency. I’m quite certain this will be a difficult, dark read, but I also think it stands to be a very important novel.

7. Recollections of my Nonexistence by Rebecca Solnit (will be released on March 10)

In her memoir, Solnit describes her formation as a writer and a feminist in 1980s San Francisco. She describes how she found her voice in a society that told her to be silent and explores the forces that liberated her as a person, such as books and the LGBTQ+ community. Solnit is an important feminist voice, and I am ecstatic to be able to read about her formative years as a young writer.

8. The Switch by Beth O’Leary (will be released on April 30)

O’Leary’s debut The Flatshare was one of my favorite reads of last year, so I cannot wait to read her upcoming novel. The Switch follows Leena, a twenty-something who is in a rut. She decides to switch apartments with her 79-year old grandmother, Eileen, who is looking for another chance at love. Eileen lives it up in London while Leena holds down the fort in rural Yorkshire and adorable antics ensue.

9. The Ballad of Songbirds and Snakes by Suzanne Collins (will be released on May 19)

When I first started writing this, all we knew about The Hunger Games prequel was that it would “revisit the world of Panem sixty-four years before the events of The Hunger Games, starting on the morning of the reaping of the Tenth Hunger Games.” However, they recently announced that the protagonist of the book is President Coriolanus Snow as a teenager… I have some thoughts, but nonetheless, I’m curious to see where Collins will take this and whether or not it will live up to the widespread love of the original trilogy.

10. All My Mother’s Lovers by Ilana Masad (will be released on May 26)

In Masad’s debut novel, Maggie Krause is a queer woman whose mother suddenly passes away. Maggie is left with five sealed envelopes. Each one has the address of a mysterious man that she has never heard of. In an attempt to escape her grief, Maggie goes on a road trip to attempt to hand-deliver the letters and discover the truth about her mother. This novel is a meditation on family and grief, as well as sex, gender, and identity. It sounds beautiful and I am highly anticipating reading it.

These are 10 books that are out (or will be in 2020) that you should add to your reading list! I’m hoping that at least a few of these will keep you captivated enough to not be able to put them down. What books are you anticipating this year? Tell us in the comments!

Photo by Thought Catalog on Unsplash