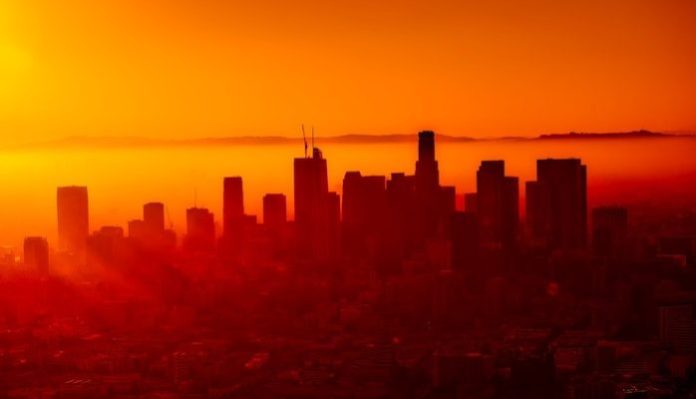 Life changes in the instant. The ordinary instant. -Joan Didion

I’m currently in the process of moving from Los Angeles to New York City – from one swarming hive to another. My emotions have been going haywire, funneling through excitement and anticipation to anxiety and complete self-questioning. It’s an intimidating thought to lift yourself up from everything you know and then place yourself down into everything you don’t, but it’s also an invigorating one.

I Can’t Look Back, Los Angeles

Sometimes you begin where you want to end up, but does that mean you shouldn’t journey somewhere else along the way? It’s a tough question to ask, and to be honest, I am no where near having the answer to it. When you find someone you love, you know it; and when you find somewhere you love, you know it too. I suppose the difference is that you can always return to a place you love after you’ve left it.

But still, despite the assurance that you can always come back, there is still the fear that you won’t. I guess that’s why it’s hard to look behind you when you’re leaving, because you know your city will be looking you in the eyes, telling you not to go. When you do return, be it for a vacation or a family wedding, the city you once knew as well as you knew yourself will be different. The old man who took your order at the sandwich shop will have retired while a new kid hands you an updated menu – and in that instant you will know that everything has changed.

I Can Only Look Forward, New York

However, with not knowing a city comes the city not knowing you — and therein lies the beauty of it all.

New York excites me not because of its tall buildings or its Broadway shows. It excites me because of its youth. One of the oldest cities in this country has one of the youngest spirits in this world. It’s constantly transforming and rebuilding itself, and thus, it’s allowing its residents to do the same. I’m excited to go and to photograph and to write and to watch. I’m excited to see it all change before my eyes. What I experience there may not last forever, but it will at least have lasted a moment, and I’m not sure we can ask for anything more.

While the smart thing to do would be to land a job, an apartment and maybe some connections, I have done none of that. I haven’t made a plan or reached out to the few people I do know in the city. Instead I’ve booked a rental car and a month’s stay in a subleased studio. There’s something in the freedom of it, though it rides alongside failure, that attracts me. I may come back in a month crying, but I may also never want to leave. That’s the game, and I’m both eager and terrified to play it – but I think it’s time to roll the dice once more.