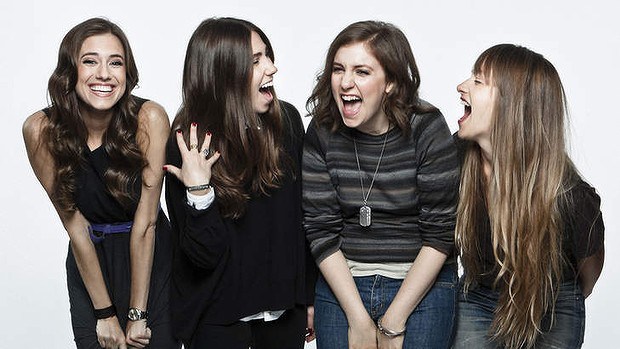 Whether she’s kicking ass or cracking jokes, a strong female lead is the secret ingredient to making a show or movie a hit among the ladies. She may be powerful, beautiful, or have a sharp tongue, but there’s just something about some characters that can really capture your heart. Here are some of our favorites in no particular order:

Let’s just kick things off with the most obvious choice on television right now. The reasons for you (and every other female between the ages of 18 and 34) to worship Olivia Pope are endless. When all else fails? That’s right, time to call in the big guns, a.k.a. Olivia Pope. Not only can she literally do anything, but she is also crazy gorgeous and snags some major hotties (#TeamJake). Not to mention the fact that she has a fabulous wardrobe and an apparently endless supply of red wine. What more could a girl ask for?

Don’t lie, you know you and your friends have had at least one or two debates on who in your group is Hannah and who is Jessa. Personally, my friends say I’m a mix between Marnie and Shoshanna (I’ll take it). Not since Sex and the City has a show been able to capture so many different personifications of a modern 20-something woman with such perfection, and let’s just admit here and now that Girls does it better.

Fiona is SUPREME in every sense of the word. The way she speaks, dresses, and basically rules over the entire world of witches is so bad-ass and awesome that you really can’t help but want to be her. Even when she’s doing something crazy like trying to kill off her possible successors, you gotta love her style.

Dame Maggie Smith is an absolute treasure, and don’t you forget it. Not that she’d ever let you, especially as Violet, the Dowager Countess of Grantham. She’s long since moved out of the Abbey and passed the reigns to Cora, but that sure as hell doesn’t mean she’s going anywhere any time soon. When Violet speaks, the whole family shuts up and listens. Good thing too, because if they didn’t they might miss some of her inspiring words of wisdom. My personal favorite: “Don’t be defeatist, dear, it’s very middle class.”

This Khaleesi (Queen in Dothraki) knows precisely how to make a man’s heart skip a beat. Born from royal blood, Daenerys is the last Targaryen woman alive to take the iron throne. She gets what she wants, whether it’s a man or an entire freaking country. This dragon-slaying warrior princess and her horse of a husband (pun-intended) certainly got our attention. If only we could be as lucky as this sexy royal.

You can’t talk about kicking ass and taking names without mentioning Olivia Benson. It takes one strong lady to wield a gun, and an even stronger one to be a detective for the Special Victims Unit. Benson proves that she has what it takes to play with the big boys in episode after episode of this addicting crime drama. This is one character we all wish wasn’t fictional because we’d probably feel a little safer knowing that Detective Olivia Benson was out there protecting us from bad guys.

Usually I would just be jealous of a girl who can look as amazing as Fiona Gallagher does without make-up. But she’s an independent, level-headed, and incredibly strong female character too, the type of role model that we need more of in the media. As a fellow young woman in her early twenties, it’s inspiring to see her take on so much responsibility and work so hard.

This is another group of girls viewers can’t seem to get enough of. Aria, Emily, Hanna, and Spencer may seem like a typical high school clique on the surface, but anyone who is an avid fan of the show knows that there’s way more than meets the eye. When I was in high school my biggest worries were trigonometry, prom, and getting into college. The Liars have all that plus, you know, a stalker named “A” and (spoiler alert!) a supposedly murdered BFF coming back to life. Casual, right?

She may be the heroine of a vampire series, but she’s no weakling (we’re looking at you, Bella Swan). It’s no wonder that she grabs the attention of so many with her sweet southern charm, and anyone who can make a little tooth gap look cute deserves props. Plus, she’s a human-fairy hybrid, which is just plain awesome.

Also known as the #1 baddest bitch of NYC and every 20-something girl’s heart. Where to even begin? Serena is cool and all, but she can’t even touch B. I could go on at length about her preppy wardrobe (she single handedly made headbands cool again), her hot hook-ups (Nate? Check. Dan? Check. Chuck? Double check.), and her generally fabulous lifestyle (shout out to Dorota for that one). But there’s one thing that makes Blair the complete package, and that’s her personality. The words “super sassy” and “evil genius” come to mind. Haters to the left, all hail the true Queen B.

Which characters are your favorites? Let’s hear ’em in the comments section!

Why You Need To Have A “Just Because Day”