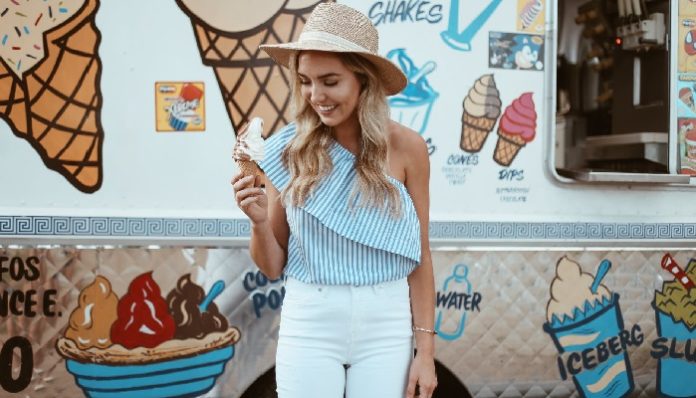 I have a desk job. An honest-to-God, nine-to-five desk job, with a stately, dark-stained cherry wood desk topped with two computer monitors. Two. I think this means I’ve made it in the world… Or something.

Going to school in the nation’s capital, I’ve been fast-tracked on the road to adulthood. Don’t get me wrong, Washington, D.C. is a crazy fun place – but when I was a freshman, I knew a fellow first-semester student who was already working a political campaign, running a student org, and interning part-time, all while taking a full course load. I, on the other hand, was debating whether it would be acceptable to order Domino’s cheesy bread for dinner. I’m sorry, but D.C. has no chill.

I’m really unsure as to when this happened, this whole *adult* deal. It feels like just yesterday that I was having Friday night sleepovers at my best friend’s house, where we’d stay up until three in the morning watching the home shopping network and critiquing the poor, poor hosts that had to act excited to be awake selling flame-retardant clothing and state-of-the-art blenders. And then

and here you are sitting behind a desk stressing out about tax deductions and Excel spreadsheets. I guess I always thought there’d be a moment. A marker. A line to cross at a certain age that would signify yes, Jessica, you are an adult – congratu-freaking-lations, you made it. I even had a mental checklist (a pretty fool-proof one, at that) that would alert me as to when I’d reached adult status:

Get into college? Check. Take a leadership position on my sorority’s executive board? Check. Land an internship at a startup? Check. Buy a blazer so as to feign some air of professionalism even though I wear old t-shirts 90% of the time? Check. Make grocery lists so you don’t eat out 5+ days of the week and go broke? Well…we’ll work on that one.

The older I get, the clearer it becomes to me that there’s never going to be a moment. My invisible checklist isn’t some Magic-8 Ball that’s going to predict the success of my adult(ish) life. If the measure of adulthood were based off of a Magic-8 Ball, mine would most likely read: “Outlook not so good,” or, my personal favorite, “Reply hazy, try again.”

There’s no right way to grow up.

Personally, I love living in a place that pushes me to pursue opportunities I normally wouldn’t. But that doesn’t mean I’m throwing out my Pillow Pet, or that I don’t need to call my mom from time to time for advice. And that definitely doesn’t mean it doesn’t scare me half to death how fast time seems to be flying by.

Last week, though, I got into a heated debate with my boss and a co-worker about the importance of cream cheese. I’m not kidding. My boss had a few choice expletives for her after she asserted that cream cheese tastes like a foot. So, if this is adulthood, I guess it isn’t that bad after all.

You Can Get PTSD From Staying In A Sexually Abusive Relationship