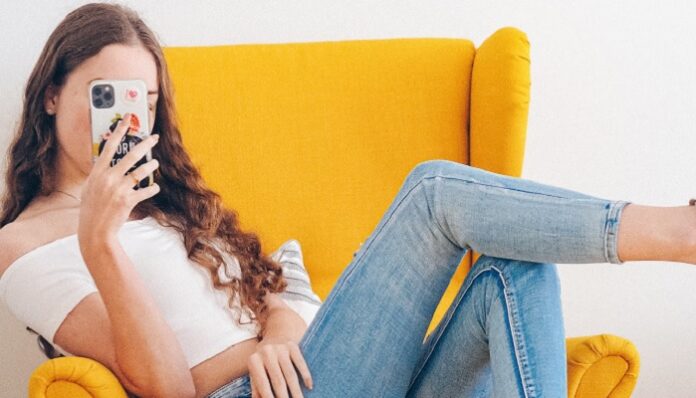 I spent my first 24 hours on TikTok yesterday, and I learned a lot about human suffering, and how it turns into toxic competition when it goes invalidated. TikTok is not conducive to healing and living. It’s just not.

I posted two videos yesterday before exploring any, and that was definitely a mistake. I was overwhelmed by the number of people wanting to follow me, and I knew none of them. So naturally, I accepted all of their requests, falling back into my pattern of fawning. I’m not proud of this trauma response, but I’m working on it.

One of the videos I posted was me playing “The B Medley” on my fiddle, which Natalie MacMaster and Donnell Leahy play together.

In my video, I’m making some of the grossest-looking facial expressions I’ve ever seen. That’s just what my face does when I’m focusing. I was proud of how good my fiddle playing has gotten, so I wanted to share my talent. The video instantly got over a thousand views, and I don’t even have a hundred followers. Some of the comments were purely about my ridiculous facial expressions and others were about my impressive fiddle playing. I found myself feeling afraid that too many people were viewing my video. And I got scared that people would make fun of me for what I looked like while playing.

So naturally, in the spirit of TikTok, I made ANOTHER video. This time I thought it might be interesting to show how I give myself my daily medications. I was feeling down about the state of my health. So posting a video of giving myself my medications sounded like a way to find validation. This was not the case.

I have a feeding tube because my guts are paralyzed, so I give myself medications through a feeding tube. It’s complicated, I hate living this way, and I miss food terribly. I hadn’t yet seen videos of people with feeding tubes, but I hadn’t really explored any of the content from the people who started following me before I took my medication video clip. I thought showing how I do my medications would raise awareness about feeding tubes. But what it unleashed was the exact opposite of what I had intended.

I posted my video and then started scrolling through other people’s TikToks. Within minutes, there were several new videos of other people with feeding tubes showing how they give themselves medications, with the caption, “I guess I’ll join in on the medication bandwagon.”

As I scrolled, I realized this is a bigger problem than just my medication video. There are people posting videos from inside inpatient and residential treatment centers, talking about all the naughty things they have done. There are girls posting about their medical trauma in videos, showing their battle wounds for the whole world to see, explaining the most dangerous behaviors they have done in an attempt to keep their eating disorder, or other mental illness, alive in inpatient treatment.

People are using their illnesses (both physical and mental) to get attention. And while there is nothing wrong with needing attention, it has become competitive and sick.

These people need attention, love, acceptance, and validation. I know this to be true because I used to be one of them.

I was told my symptoms were all in my head, and there was nothing wrong with me except for having an eating disorder. Doctors and mental health professionals saw my eating disorder behaviors and convinced me that was the only thing wrong with me. They ignored my trauma and physical illnesses. It was horrible. I spent time isolated in a room because the therapists thought isolation would convince me to stop “purging,” by which I mean unintentional vomiting. Nothing good came out of that.

I’ve been out of treatment for three years, and I have gathered a team of professionals who believe and validate me. They know I am not making anything up. They trust that my experiences really did happen the way I tell them they did. This has been the most healing aspect of my treatment over the last three years.

The medical system has failed all of us. But it worries me to see people who are so immersed in their daily illness journey that they are suffering alone without being seen. They don’t need TikTok; they need a recovery coach, mentor, sponsor, or someone who can be there for them in their suffering without pulling them into a competitive relationship.

If you are someone with Gastroparesis or any illness (physical or mental), and you’re willing to risk your privacy for the few seconds of recognition you get from posting a video on TikTok, I want you to understand that you’ll never feel validated by another person’s response until you believe in yourself.

I’m appalled by the responses I got from the TikTok community after posting about my feeding tube. I am going to find a way to take that video off the platform because it’s not helpful for anyone — not even the people who feel alone. Seeing someone struggling as much as me, or more, doesn’t make me feel less alone. Instead, it makes me feel like I don’t have it bad enough, and that I should be grateful for what I do have.

If you’re someone who struggles with Gastroparesis, whether it was caused by your eating disorder or another medical condition, I want you to know that I know it is so upsetting to feel nauseous every time you try to eat. It feels like the end of the world.

Being sick is lonely. It’s emotionally and physically painful. It’s scary, and it can be traumatic. I feel for each and every one of you. But posting on TikTok is not the way to peace. We’ve all been through hell. So, let’s just recognize that.

We can, however, find light in the darkness if we focus on the present moment. It’s hard to remain present when social media is pulling us back into the dark hole of toxic competition. And then our suffering increases exponentially because we see others who “have it worse” than us. Then, our suffering is minimized. If you’re suffering, you’re suffering. And there is no “worse than.” It’s all miserable. It’s all valid. Whether it’s psychosomatic, genetic, psychological, caused by trauma or injury, or you’re born with it, it all sucks. And I am so sorry you have to deal with it.

Spending 24 hours on TikTok taught me about toxic communities online. Nobody that is sucked into that world is bad or wrong. But there has to be a more helpful way to be seen and validated that doesn’t trigger everyone else in the community.

Why This Quote Should Be Your Motto For 2023