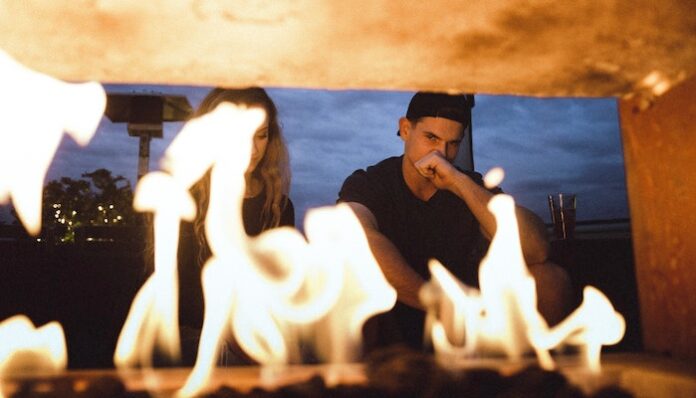 In my work as a relationship coach and blogger, I hear it over and over again — yet, at some level, it still takes me by surprise — “Why do so many really smart, accomplished and attractive women go for ‘bad boys’ or alpha males?” In other words, why does someone who has the potential to be an incredible catch sabotage herself with such poor choices?

An “alpha male” is a man who owns himself; a leader of the pack. He is internally driven and certain of who he is and what he wants. It is the very essence of masculine energy, so it’s no surprise that feminine energy finds it so appealing.

The downside of the alpha is he can sometimes be self-obsessed, insensitive, jealous, controlling, and perhaps even demeaning or violent in extreme cases. The downside for those who are in relationships with that type of guy is that he is often unfaithful because so many women respond primitively to his darker, masculine energy that he has more choices available to him. Perhaps the best real-life example of this scenario is actress Sandra Bullock and her ex-husband, motorcycle bad boy Jesse James, who publicly split after his serial infidelity was revealed in 2010.

Recently, a woman asked the question that prompted me to write this article. She described herself as “a very type A female.” She went on to say, “I always assumed that I’d need an alpha male in my life — to bring out more of my feminine side.” She went even further saying that although she and alpha men “get”one another because they are strong enough to “take” her, these men are also the cheaters, verbal/emotional abusers, or worse.

I was really glad she asked her question for two reasons: One, because the same problem affects so many smart, accomplished women, and two, because I can explain what this phenomenon is all about.

For starters, this very bright woman, and those like her, are operating under a huge, false assumption that sabotages their romantic prospects. Not only that, it will continue to sabotage them over and over again — until they change it.

Stop with the “type A.” You see, identifying as a “very type A female” is a skewed perception of self, and it’s particularly dangerous because the strongest force in the human personality is the need to remain consistent with who we believe we are.

The truth is that these women developed an adaptive strategy because they were rewarded for it countless times and have now made it their identity. If they were being honest, they’d have to admit that there are times when they are absolutely free, flowing, and feminine, but those are traits that women like this fear most. So, while I’m sure that their identity as a “very type A female” has rewarded them over and over again in certain ways, it has also created problems vis a vis their relationships with men.

Now back to the woman who posed the initial question. While I don’t condone the behaviors of the men she’s dated, both are predictable by-products of the identity she’s assumed. Men who don’t get their (occasionally insatiable) need for feminine radiance met inside a relationship have no choice but to look elsewhere — whether they cheat, disappear, or just break up instead.

Additionally, men who feel like they are constantly in a power struggle with a “type A female” may decide to tear their women down a few notches to tilt the balance of power back in their favor. As a matter of fact, they’re probably better at that kind of aggressive behavior because they don’t navigate the world via emotion and it’s just a means to an end for them.

Again, I’m not making those actions right, but I suspect you may agree that it’s understandable — and most of all — predictable when you step back and look at it from this perspective.

Your beliefs, habits, and behaviors have a huge influence on the response you’re getting in your relationships, and results don’t lie. This whole idea of a woman looking for an “alpha male” to drop her back into feminine may be the worst idea ever made by so many incredibly “otherwise” intelligent and very desirable women.
The reason why it’s such a bad idea? Because it pre-supposes you need someone else to drop you back into femininity when the truth is once you address those old, outdated, and ineffective assumptions that aren’t working, reconnecting with your femininity is as easy as simply “going home.” Plus, if you think you can somehow magically change an alpha when he’s been so rewarded for his behavior everywhere else, there may be some deluded thinking you may want to examine.

Photo by Courtney Clayton on Unsplash