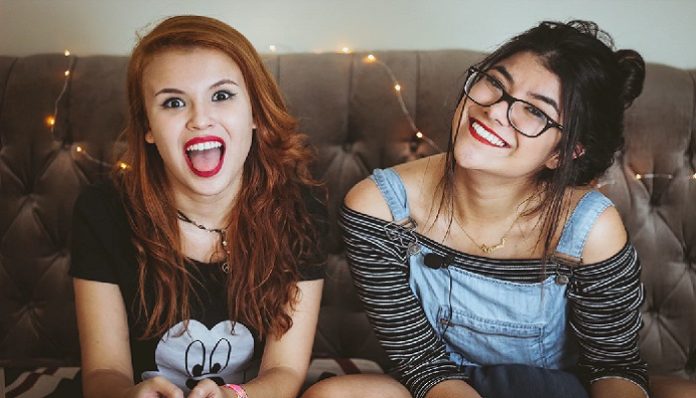 Whether you just graduated or you’re just ready to move on, it’s time to start your “adult” life — whatever that means. Tons of young people are going to be moving between now and September, and you’ve probably got a couple roommates in tow. New grad jobs rarely pay enough to live on your own at the beginning, and thanks to some recent tax legislation, that’s not likely to change anytime soon.

So, what’s the solution? Roommates. Luckily, most grads have a lot of experience living with roommates, so it shouldn’t be too much of a shift.

Wrong. Living with roommates during college and after are totally different experiences. You might have mastered the former, but here’s the lowdown on the latter.

You Fight Way More About Money

Money is always a sensitive subject, but it only gets worse after college. In college, everyone is broke AF, but your budgets are pretty close to your roommates’. You’re all probably relying on student loans and maybe a part-time job to get you by, with a decently predictable amount coming in every year.

After you graduate and start working, you get a much bigger feeling of ownership over your money. You slaved away for 40 hours a week in that stupid cubicle, you don’t want to blow all of that on the AC bill! You’ve got to start actively thinking about how to save money and energy.

To make it more complicated, you and your roommates might not have similar incomes at all. Name brand groceries might not be a second thought for them, but for you, it’s the difference between making rent that month or not.

Plus, you’ll have to start paying back student loans on top of it all. It’s a blast, trust us.

You’re Just Not Around as Much

Even if you were a busy college kid, chances are that you probably saw your roommates on a regular basis. You all hang out on the weekends, do homework together, or just goof off in the same room.

After college, you end up writing sticky notes on the fridge about the broken toilet, hoping that they see if when they come in from their night shift. No one’s schedules match up anymore, everyone is always busy, and you start to lose track of what’s happening in their lives.

In college, you are all moving toward the same goal. You might have different majors, but you can relate to them about events on campus, shared professors, and student struggles.

Now, you’re all working, but it’s not the same. Different jobs are a lot less relatable than different majors. Not only that, but some of you will be thinking about things like marriage and kids, others about moving to a big city, and still others about going back to school. You’re all at a different place in life, one that can separate you all more than pull you together.

What Should You Do?

Look, I don’t mean to make it sound like living with roommates after college is a disaster. It’s not. You’ll have some great times, and they’ll be there for you when others won’t. But it’s definitely different than college. At least now you can count on them to clean up their pizza boxes (hopefully).

If you’re ready to strike it out on your own, then make sure you get everything in order. Collect some savings, figure out what a credit score even is, and give your roommates ample notice. You don’t want to burn any bridges, because you never know. You might have to do it all over again!