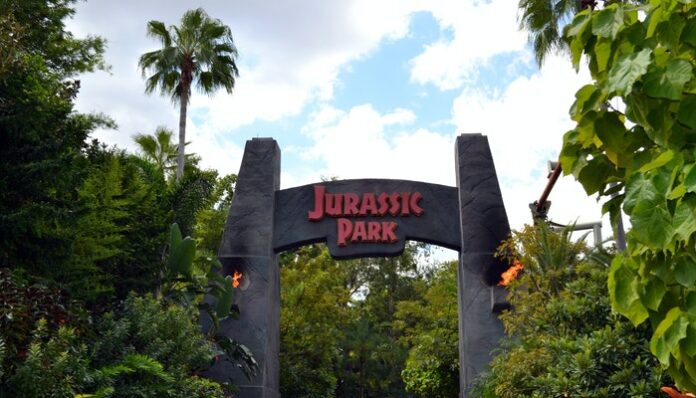 The “Jurassic Park” series, six movies total including the “Jurassic World” spinoff, is a time-loved classic. It’s even a good meter to measure the limits of special effects for the time it was made.

Based on the book series by Michael Chrichton, the movies took off under the world-renowned director Steven Spielberg, who directed such cult classics as “Indiana Jones,” “Jaws,” “Back to the Future,” and “E.T.”

“Jurassic Park” is a unique genre of horror we don’t see elsewhere in film. There’s a certain creativity to it that cannot be replicated by other horror films. Here are the key factors to its success in the niche market.

1. The movies start out calm, serene even.

When I showed the first movie to my fiance for the first time, they dubiously asked in the first few minutes “This is horror? It’s so beautiful and serene.” As I explained then, that is the point. It is done intentionally so we can see just a faint glimpse of a shimmering utopia built on lofty dreams before it is brought crumbling down at terminal velocity to the horrors that we witness.

The distance we travel from that pinnacle down to “the pit of man’s fears,” as Rod Serling would put it, makes horror tragic. And tragedy is the heart of horror, not jump scares or anxiety. It is knowing what could have been, trying desperately to get back to that glimpse of utopia and reclaim it, that makes it so tragic.

Look at any selection of horror films between 1994 and now, and observe the antagonist. Chances are, the monster didn’t fully appear until after a good deal of action. And if it was, it was not fully shown. This can add to horror in the sense of being chased by the unknown.

But in “Jurassic Park,” the dinosaurs are present right from the beginning: living breathing creatures, peacefully grazing in full daylight. This strikes the audience with a sense of awe and wonder for these rare and magnificent creatures. Which raises the question: how can we fight against something that is this beautiful?

It’s easy to point and shoot at some creepy skeleton in a suit in the woods, or call the police on a clown in the gutter. It’s easy to look at someone whose face is scarred, or whose physical appearance makes your skin crawl, and decide “this is the enemy, they have to go down.” But dinosaurs? How can we make the switch from admiring their mere existence to killing them? The horror goes deeper because we know exactly what they are, and come to an ethical dilemma. Survival or extinction?

3. The Land Before CGI

It is well-known in cinematic circles that most of the dinosaurs in “Jurassic Park” (1993) are not computer-animated, but in fact robotic animatronics. The giant T Rex model inspired awe and fear in all who saw it, even when she was shut off. (Especially when hurricane water from the film got into the mechanics, causing it to malfunction and start up randomly when they weren’t shooting!)

The mechanics, puppeteering, and special effects are only of the highest quality the likes of which we don’t see today. This is especially true because a certain studio made the push toward CGI and greenscreen for every dime in their multi-million-dollar-deep wallets. The look of that intimately real carnivore, inches from a meal, is not something you can easily forget or replicate. I for one miss the personal feeling of special effects over the emotionless hunks that act to a digitally-transformed tennis ball!

In conclusion, “Jurassic Park” is an anomaly that can never be replicated. Those who grew up with the films are lucky to have watched a unique spectacle unfold which studios have attempted to recreate ever since. Take a walk down memory lane this weekend, and enjoy the original 1993 classic with someone you love.