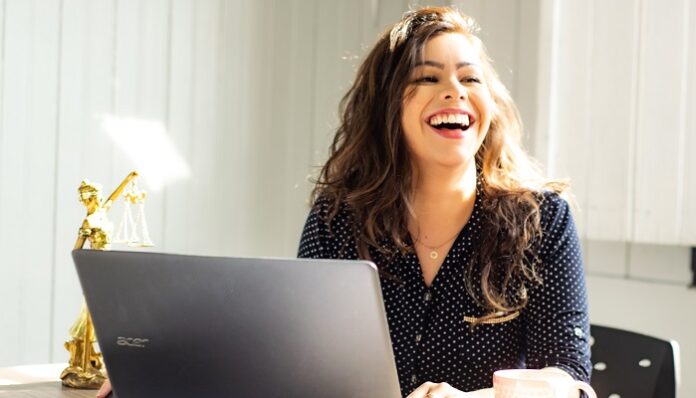 As people, we tend to be defined by our job. So when you introduce yourself to someone new, your occupation is usually one of the first things they will ask you about.

So it makes sense that we make a big deal of our careers. After all, it is what we spend (usually) 40 hours a week doing. However, I’ve recently learned that I’ve been using where I’m at in my career to measure my self-worth. And nothing good can come out of that.

I had the distinct displeasure of being part of the graduating class of 2020.

Getting a degree in journalism already made my life hard enough. But when you add a pandemic to the mix, you have a recipe for disaster. (Plus, I received a new chronic illness diagnosis the same month I graduated, just adding salt to the wound.)

I spent months upon months in quarantine, applying to every possible job in cities across the country, praying to every deity of every religion that something could stick. Spoiler alert — nothing did.

After seven months of unemployment, I had to get a job as a cashier at a pet store chain, basically throwing my hard-earned journalism degree in the trash.

For the three months I worked as a cashier, I felt the most self-hatred I had ever felt in my life.

I was constantly beating myself up, feeling like a failure at just 22 years old. And as I was feeling like the world’s biggest failure, nearly all of my friends were finding success. A few entered Ph. D programs and one even got a job at NASA. Several of my former classmates had also snagged jobs at major news publications. While I was thrilled for them, I couldn’t help but think that they were living out their dreams while I was mopping up dog pee.

In the meantime, I continued to apply for journalism jobs. At this point, I can fill several scrapbooks with all the rejection emails I’ve received.

And when every conceivable company refuses to hire you, it’s easy to see yourself as the issue (rather than a job market that requires five years of experience for an entry-level position).

But despite being convinced I was a failure and feeling an overwhelming sense of dread every time I started a new cover letter, I kept trucking along. And after about a year of struggling, I pulled myself out of the hole I felt like I was in. Here’s how I did it.

First of all, I got myself a better work opportunity, even if it wasn’t my dream job.

Instead of cashiering, which made me miserable, I quit and got a job as a receptionist at a law firm. While the job was unfulfilling, the team treated me with respect and kindness.

Sometimes, you need to take the best opportunity you can get. Being a receptionist taught me that I have value to give to a team, even if it isn’t what I want to do for a career.

Next, I threw myself into hobbies.

I took part in music projects, picked up reading again, kept in regular contact with my friends, and wrote articles for fun. This helped to show me that my interests and relationships make up who I am way more than my career does.

Lastly, I continued to apply to jobs relentlessly.

While the rejection continued to sting, I applied to anything and everything. I even applied to jobs I never thought I’d get because you never know. And that’s how I finally caught a break.

Late last year, I landed a five-month fellowship with Newsweek. During those months, I grew as a writer and reporter in so many ways. I finally felt validated that I have the skills to not only survive but thrive in this industry.

In the month since my fellowship ended, I’ve been back on the struggle bus, with no prospects for a full-time reporting job. This is even with experience writing breaking news for a major outlet under my belt.

However, this time around, I have the tools to deal with rejection. I’m also not basing my entire self-worth on my career success.

If you’re struggling to get your foot in the door, just know that you have so much more to offer than what employers see. As long as you’re sure of your own skills and passions and keep going after your goals, you will be okay.