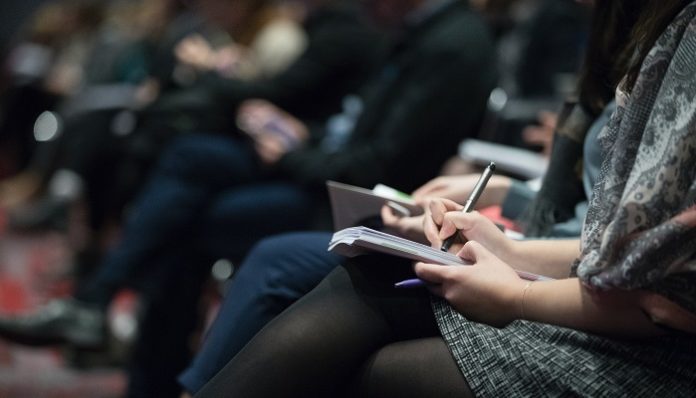 A common topic that pops up in discourse about the news media is always an agenda or angle that someone is trying to  push. As a reporter for a major news organization, I can say that’s not always the case.

News media is a very powerful force — I won’t deny it. But I also think many forget that reporters are people too.

There’s no dimly lit boardroom where journalists discuss what public opinions they want to shift next. Mostly, we are people trying to get a paycheck by doing something we believe makes a difference, just like almost everyone else. Many journalists are just trying to do their best in a world that seems to be getting crazier and scarier by the minute.

In fact, one of the first things many learn in journalism school is the same thing doctors learn — “do no harm.”

We know the power of our words. And a lot of times, we work very hard to make sure those words aren’t used to give people the wrong impression about whatever we’re writing about. Writing events without making any assumptions about them is a tricky balancing act. But it’s one many reporters succeed in every day.

However, bias is inevitable.

Journalists pride themselves on their ability to remain neutral, but the fact of the matter is that having opinions is just part of being human. It can be hard sometimes to write about people like convicted mass killers or shady world leaders and not throw in a sassy line or two. But the ability to restrain and use other people’s voices to tell a story instead is one of the most beautiful aspects of journalism.

I’m not saying biased journalists aren’t out there because they definitely are. In fact, you can find irresponsible reporting everywhere you look. But they are usually the exception to the rule — a very loud exception, but still an exception.

An issue much larger than potential bias is new outlets’ relentless chase for clicks and getting to news first.

In the digital age, reporting has become a race. Sometimes you have as little as 10 minutes to get a few sentences of a breaking news story on your website.

When under immense pressure, things fall through the cracks. Just know that when mistakes happen, there is usually no malice behind them. Getting the news up by my deadline doesn’t leave me any more time to insert some sort of secret agenda!

A recent poll by Gallup found public trust in the media is going dangerously close to a record low that we saw in 2016.

And while I think a healthy dose of skepticism is necessary, it shouldn’t make us cynical.

Journalists are given a job to do, and often, they perform it to the best of their ability — especially local journalists. Is it always perfect? Of course not. But believe me, many of us try our hardest.

So next time you think “the media” is trying to push something on you, think about the individual who’s just doing the best they can in a job that holds a lot of responsibility.

Feature Image by The Climate Reality Project on Unsplash