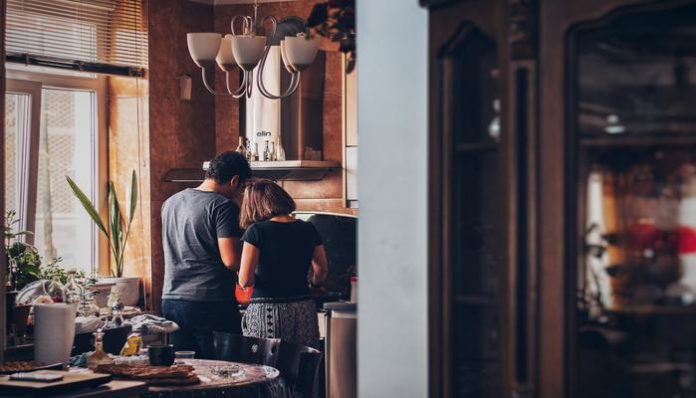 I first moved out of my parents’ house the summer before my senior year of college. I moved straight into a one-bedroom apartment with my boyfriend of about a year. Having never lived on my own, I had no idea what to expect. I was excited for more independence and freedom, but I also wasn’t sure I was ready.

When I moved in with my boyfriend,I learned more than anticipated. Through the experience of living with my significant other for a year. I definitely learned that there are both pros and cons to living together and sharing our lives so intimately.

1.There’s someone to split responsibilities.

The nice thing about living with your significant other (or anyone, for that matter), is that you don’t have to take care of everything on your own. You can split the cost of bills and each pay half.

The same goes for chores.One person can do the laundry while the other person folds. It can be 50/50 effort, 60/40, and even 90/10 on those off days, but it’s better than having to always do it all by yourself.

2.You have constant company and support.

Instead of coming home after a rough day to an empty house, you can come home to someone who cares about you. They’re there for you to lean on, and confide in when you’re struggling. They’re there to remind you that you aren’t alone.

3.You learn a lot about each other

You can date someone for a long time and think you know all about them, but living with them can change everything. Not only in terms of the relationship itself, but also in regards to who you are as individuals.

Adjusting to the differences in the way each of you does things can be difficult and frustrating, but you also can teach each other new things and grow from each little experience.

When you and your significant other are spending large amounts of time together but still living separately, it’s easy to think that moving in together won’t change things very much. It’s also important to recognize that this isn’t necessarily true. While moving in together is an exciting time, it also has its share of downsides. Here are a few.

1.You have to sacrifice some things.

When you live with your significant other, you have to keep their feelings in mind. Instead of being on your own where you have the ability to make all your own decisions, you also have to think about how your actions and decisions are going to affect your partner.

Especially in the beginning stages of moving in together, it can be difficult to find a balance between spending time together and taking time for yourselves. You don’t get as much alone time as you might be used to. When you’re sharing a small apartment or small house in particular, having the space for privacy can be a bit of an issue.

Both parties of the relationship will have their own strengths and weaknesses. It’s important both people work hard so that having each other around is more of a benefit than a necessity. It can get easy to get stuck in habits when living with someone else. Maybe one person always does the cooking and the other always does the dishes. But if there’s a change of plans, make sure you can adapt to doing other tasks if needed. Nobody living with their significant other should have to rely on their partner for basic everyday things, but living together can make that a little bit harder to avoid.

Once I moved in with my boyfriend, I learned that there are several important things you can do to keep things easy. Designate a small part of your living space for yourself when you need time alone. It’s good to schedule date nights when you can guarantee some uninterrupted quality time together. Open and honest communication keeps small issues from adding up and becoming bigger problems in your relationship. Remember that living together requires energy, effort, and respect.