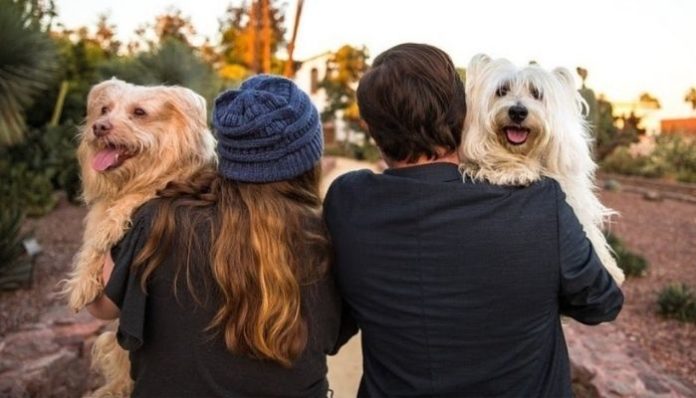 In May of 2021, I had to say goodbye to my 15-year-old Skye Terrier, Ginger. Her last good day was just a normal Tuesday, where she was happily playing with our other dog and doing her favorite things, which were begging for and eating treats.

But by Wednesday, it was like Ginger was an entirely different dog. She deteriorated overnight, lost the insatiable appetite she was famous for, and could no longer walk. On Thursday, we learned Ginger had end-stage liver cancer and that her organs were shutting down.

As a family, we made the decision to humanely euthanize Ginger at the vet to end her suffering. She had lived a long and wonderful life and there was nothing we could do to save her. And while I have no regrets about letting her go, it’s the hardest decision I’ve ever had to make.

Losing Ginger was no insignificant loss.

It’s been almost a year and I still have days where sudden and intense waves of loss and sadness knock the wind out of me. I have nights where I’m jolted awake from a deep sleep by nightmares of watching Ginger pass away, even though her death was actually quite peaceful.

I know I’m not alone in these feelings. I know that my family misses Ginger, too, and that some people even mourn for pets more than they mourn for other people. Even our surviving dog grieved for Ginger. For a couple of months after Ginger passed away, he would search the house at night. He’d bring me her leash or favorite toys and tilt his head, clearly asking me when she was coming home.

Within a week of Ginger’s death, I already had people asking me when I’d rescue another dog.

They reminded me of my immense love for dogs in general and told me I should turn my sadness into joy by beginning a new relationship. And while I know everyone meant well, asking me when I’m going to get another dog or telling me that I should is probably the worst thing you could say.

Ginger was so much more than “just a dog.” I personally picked her out at the animal shelter when she was just six months old. She was my best friend and by my side for 15 years. She even went to college with me, earned an honorary degree from my university, and moved out with me when I left home to move in with my boyfriend.

When good-meaning people tell me that I should adopt another dog so soon after losing Ginger, it feels like they are invalidating her existence and what she meant to me.

Ginger was more special to me than I could have ever put into words. But when people immediately jump to asking me when I will get another dog, it feels like they view Ginger as “just a dog” who can easily be replaced. And let me be clear when I say Ginger cannot be replaced. Even thinking about bringing home another dog so soon feels like an insult to her memory.

Now that time has passed, I know that I will eventually want to adopt another dog again. I intend to return to the shelter where I found Ginger to save another dog from the facility that gave me 15 of the best years of my life. I think it’s a touching way to honor her memory.

But at the time, I knew I wasn’t ready and I’m still not. Since I adopted Ginger as a child, I really couldn’t remember life without her. I had to learn how to live without her by my side, and even my surviving dog had to go through an adjustment period. When I was already mourning, I didn’t need pressure from people to upend my life even more by bringing home a new pet and integrating them into my household.

What really helped me was the people who came forward to tell me how Ginger had an impact on their lives and wanted to help me honor her memory.

Some people do find it therapeutic to immediately bring home a new pet soon after a loss. If that’s who you are, your choice is perfectly valid. But that’s just not me. And if someone you know just lost a pet, I implore you not to ask when they’ll adopt another one unless they bring it up first. That question hurts more than you know.