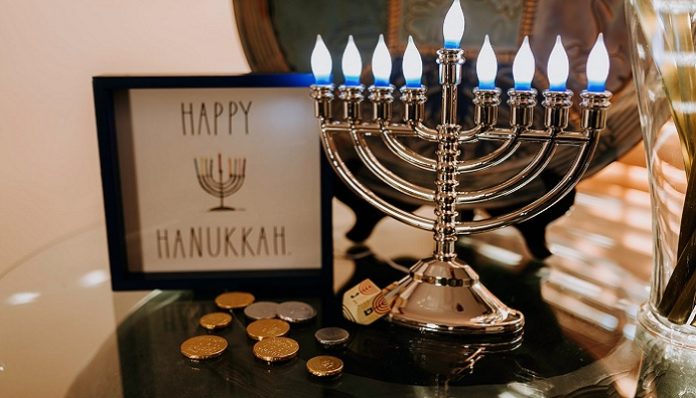 As proud as I am of my heritage, I’m often terrified to share that I’m Jewish. The pervasiveness of antisemitism throughout the country and world makes me feel like I constantly have a huge target on my back. To avoid any potential threats, it’s easier to just keep my cultural identity to myself.

I’ll never forget the day in college when I woke up to an alert notifying students that someone drew a disgusting symbol on the bridge where students advertise their groups. My school immediately called on maintenance to remove the hateful rhetoric, but the emotional damage remained. Although I attended a school that prided itself on social justice, Jews were not always accepted.

2020 and 2021 have been tumultuous, not only in the US but also abroad. From the refugee crisis to warring nations in the Middle East to internment camps in Asia to race riots across the US, the news is full of hatred.

This is why it pains me that so few people are aware of the global hatred and violence towards Jews.

In October 2018, a white supremacist, Robert Gregory Bowers, killed eleven people and wounded six others at the Tree of Life Congregation in Pittsburgh, Pennsylvania. This story made national news, but unfortunately, coverage of antisemitic crimes is the exception, not the rule.

Jews are the target of 58% of all religiously-motivated hate crimes in the United States, despite comprising only 2 percent of the population. Jews are the third-most-targeted group of all minority groups. However, over half of the American population (53%) hasn’t heard anything about attacks on Jews in the US.

Just this year, the Anti-Defamation League recorded 251 hate-motivated crimes against Jews from May 11 to May 31. In the span between May 7 and May 14, more than 17,000 tweets used variations of the phrase “Hitler was right.”

There are approximately 7.8 billion people on Earth. Of those people, 1.1 billion harbor antisemitic attitudes. There are also only 14.7 million Jews in the world, which is approximately 0.2% of the global population.

This issue is not specific to the US and the Middle East. In Sweden, protesters chanted about killing Jews. In Argentina, people hung posters that blamed Jews for spreading COVID-19. On the other hand, in Australia, someone spray-painted a Jewish-owned golf course with swastikas. In Canada, antisemitic graffiti littered Toronto during Passover. In Greece, someone vandalized a monument honoring Holocaust victims. To make matters worse, these events occurred over a four-month time span.

I cried when I heard stories of Jewish people being beaten in Times Square. I screamed to an empty audience when the Jewish Community Center near me received multiple bomb threats. My blood boiled when my high school classmates gave me offensive nicknames that referred to the tragedy in Nazi Germany.

It’s been about 80 years since World War II, but it seems that we have yet to learn from our mistakes. Holocaust deniers still exist. Clubhouse has become an antisemitic echo chamber. People still draw swastikas on sacred sites.

What irks me beyond all else, though, is the fact that no one talks about antisemitism. I’m proud of my culture, but I’m even more ashamed of those who do nothing to protect it.