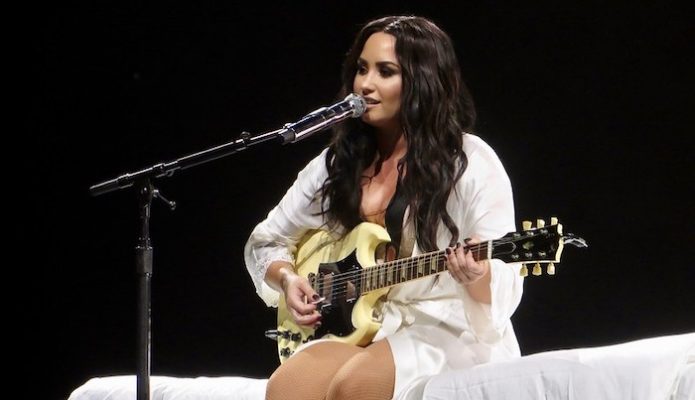 Fortunately, some celebrities use their fame to spread the message that you can overcome your struggles with addiction. Here are six celebrities who conquered addiction and speak out about it.

You might know Robert Downey Jr. as Ironman, but he also spent years publicly battling addiction. Like many, Downey Jr.  began using at a young age, and his father used drug use to bond with his son.

In 1996, police found heroin and crack cocaine in Robert Downey Jr.’s vehicle when they stopped him for speeding. He went to jail three times before he finally checked himself into rehab. Today, though, Robert Downey Jr. is clean and sober and has revitalized his career.

Macklemore is the rapper behind the 2013 hit song “Thrift Shop,” but you may not know that he used to struggle with addiction. He recently appeared on the “The People’s Party Show” and discussed his relapse during COVID-19.

In addition to openly discussing mental health during the pandemic, Macklemore uses his sobriety to inspire his work.. In 2016, he released a hit song, “Kevin,” that powerfully sheds light on prescription drug addiction.

When you see Travolta in movies like Pulp Fiction, you probably envision him as a tough guy who sips whiskey on the rocks. However, Hollywood heartthrob Travolta hasn’t tasted a drop of alcohol in years after getting clean from drugs and alcohol. Travolta even recently joined forces with Narconon to stress the importance of being drug-free.

Two years ago, singer Demi Lovato came face-to-face with what they call “the darkest point in their life.” Lovato now shares their addiction story with the world to encourage and inspire others to recover.  Demi lets their fans witness their recovery process firsthand instead of through media reports.

Kristin Davis began her road to addiction the same way many people do: she felt awkward as a teenager and soon found that alcohol eased her social anxiety. Fortunately, Davis recognized her problem early and sought treatment at age 22.

Davis credits her passion for acting for spurring her toward sobriety. She said that at one point, nothing but dulling her senses and acting mattered to her. Many people who watch Davis on the hit show Sex and the City have no idea that Davis is sober. Although people often send her Cosmos, which the show popularized, she doesn’t touch them.

You might think that rising to fame at a young age would feel amazing, but for Drew Barrymore, child stardom was full of pressures. Barrymore didn’t have the easy life that many people presume of celebrities. Her father was a violent alcoholic, and after her parents’ divorce, Barrymore’s mother often took her out to Studio 54, where she introduced Drew to drugs and famous men. Now a parent herself, Barrymore speaks openly about beating addiction and how she refuses to put her children into adult situations before they’re ready.

You might assume that stars’ lives are easy, but a surprising amount of celebrities have struggled with addiction and speak out about the benefits of sobriety. These six celebrities are true role models – and they remind us just how much mental health matters.

Why I Finally Stopped Seeking Your Approval