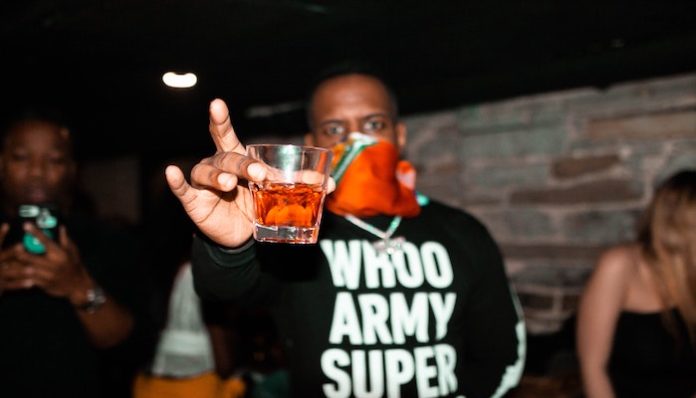 When we think of Hollywood celebrities, we think of the glamorous life they all live. Fancy cars, beautiful homes, fame, fortune, and parties — lots of parties. And with all these lavish parties comes good food and drinking, again, lots of drinking. As a result, many people feel that celebrities spend a good portion of their lives soaked in fine wine and champagne. However, not all celebrities drink. What’s more, the number of high-profile stars who don’t engage in an after-dinner cocktail may amaze you. From country singers to comedians, here is a list of 20 celebrities who don’t drink.

Early in his career, Urban struggled with substance abuse. However, after marrying Nicole Kidman, he has remained sober and often credits her as his inspiration.

After trying alcohol at 12-years-old, the supermodel stated she had no desire to drink. What’s more, she credits her non-addictive personality to her success in avoiding drugs and drinking.

The actor has dealt with substance abuse issues in the past and felt that to be a better parent, he needed to get sober.

The supermodel has stated that since she has stopped drinking, she has become happier.

In an interview from 2012, this star stated that she has never had the desire to drink or use drugs.

A choking incident with beer as a child has left this comedian with no desire to drink.

After a stint in rehab in 2013 for drugs and alcohol, the actor has decided to become sober and embrace life.

The comedian states that his father’s alcoholism has been his inspiration to stay sober. In a controversial social media post, Cook urged those with a drinking problem to get the proper help.

During his teen years, this singer struggled with alcohol addiction. He got sober at the age of 25 and cited his desire to become a musician as his inspiration to do so.

This actor, who received the Spirit of Sobriety award in 2015 for being 25-years sober, has credited his wife, Sheryl Berkoff, as his inspiration to stay sober.

The singer/actress has stated that drinking and smoking wreak havoc on your skin and has decided to stay away from it.

Despite a past with addiction, the actor has been sober since he was 29. He needed an outlet because he was shy and felt uncomfortable in his own skin. He cites acting as his inspiration to become sober.

Once, the actress has stated that she wasn’t sure if she would make it to her thirtieth birthday. She wasn’t doing well in her acting class, mainly because she was always hungover. It was then that she chose to get sober.

The socialist has stated that she is too busy to drink and be hungover. Her sister, Khloe Kardashian, has backed her up by saying she has never been into alcohol either.

The comedian/actor has stated that “life is too beautiful” for drinking or drugs and has also said he rarely drinks coffee.

Early in his career, this singer struggled with drugs, alcohol, and an eating disorder. In the 1990s, when the AIDS epidemic was taking its toll, he decided it was time to become sober.

The actor stated he became sober at the age of 29 when he realized that if he continued, his life would go nowhere.

This country singer is not only a vegetarian but also lives a life free of drugs and alcohol.

The singer has stated that she dislikes the taste of alcohol, so she stays away from it. She even celebrated with non-alcoholic champagne when “Bleeding Love” went to No. 1.

The DJ has stated that alcohol makes him physically ill and has chosen to stay away from it.

Just like regular folks, some celebrities choose to abstain from alcohol — which is a choice I’m sure we can all admire.

Which celebrity surprised you the most? Let us know in the comments down below.

Photo by strvnge films on Unsplash

Why The Worst Thing You Can Do In Life Is To...