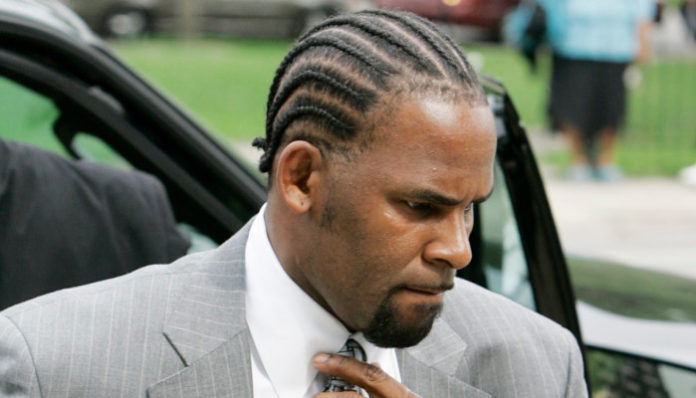 On Monday September 27, 2021, a jury found R. Kelly guilty on several charges of sex trafficking and rackateering. Racketeering, is “best known as a tool to prosecute organized crime that affects interstate commerce.” The “enterprise” that usually carries out racketeering is usually a group like the mafia, but in this case, it’s R. Kelly and his entourage as well as his “managers, bodyguards, drivers, personal assistants and runners,” according to the superseding indictment. In other words, Kelly is the leader of the enterprise.

R. Kelly used his celebrity status to groom young women and children and sexually exploit them. Sources also say R. Kelly has genital herpes and did not disclose this information to the women or use protection to prevent the spread of it and therefore that is another burden his victims will need to carry for the remainder of their lives.

A CNN article read: “Acting US Attorney from the Eastern District Jacquelyn M. Kasulis said outside court after the verdict was read. ‘Today’s guilty verdict forever brands R. Kelly as a predator, who used his fame and fortune to prey on the young, the vulnerable and the voiceless for his own sexual gratification.’”

While Kelly targeted women for years, the release of the Lifetime docuseries Surviving R. Kelly brought further light to the abuse he caused. This film and other information created the #MuteRKelly movement. An attempt to stop the financial support of his career and rather turn the lens to the need for his criminal conviction.

Most importantly, though, we can directly attribute the recent guilty verdict to the Black women who started the movement and demanded justice.

R. Kelly’s trial also brings to light the #MeToo movement. Many of the perpetrators and victims in the well-known #MeToo accusations have primarily centered around white individuals. The R. Kelly case sheds light that women of color can also be victims of sex crimes.

In an interview with the New York Times, Mrs. Davis from Dallas said, “To be honest, this was the first case that was predominantly Black girls, Black women, Black boys — and so it was intriguing to me to see if they would get justice. To see justice for them, oh, my God, it will in a way mean justice for myself.”

Though we now have a guilty verdict, the R. Kelly sentencing take place in May. Kelly can serve a minimum sentence of 10 years and possibly as long as life. He also will have several other trials coming up. In fact, the Chicago Tribune said, “He also faces a pending case in Chicago’s federal courthouse, where prosecutors allege he and two others fixed his 2008 trial in Cook County, as well as four separate indictments alleging sexual abuse that are still pending at Chicago’s Leighton Criminal Court Building. Kelly also faces a solicitation case in state court in Minnesota.”

To say what R. Kelly did to his victims is unforgivable would be a severe understatement however we hope some vindication comes out of the news of his guilty verdict. When the new trials and sentencing come, we hope he is given the appropriate punishment. We send strength and gratitude to all of the victims who spoke out and paved a way of bravery and advocacy for victims of sexual assault world-wide.