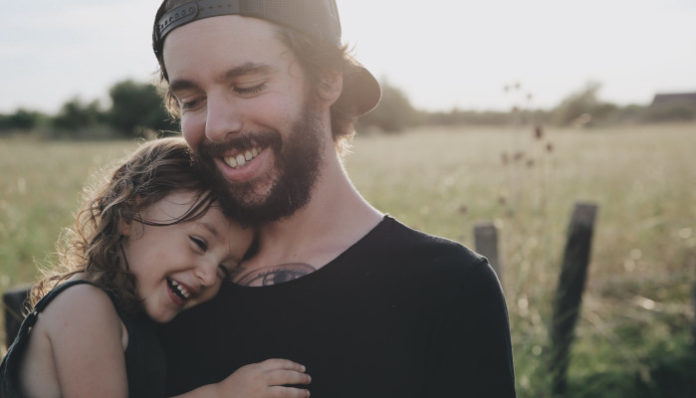 I’ll be honest – my dad isn’t the loving type. He’s around, sure, but his way of showing he cares is telling me to take better care of my car. I never stopped to consider how my relationship with my father impacts me today (or ever). That is, until now.

A team at Pennsylvania State University recruited over 200 pairs of sisters to complete a study. The team analyzed how paternal behavior and paternal absence impacted the daughters’ development. For this study, each pair needed to be born at least 4 years apart, and be children of divorce where the father left sometime before the younger daughter turned 14. This setup allowed researchers to compare how each sister approached adult relationships. The only variable was the exposure to the father.

The researchers determined that older sisters who were exposed to poor-quality fathers (especially those who were violent or struggled with mental illnesses or addictions) held lower expectations for their male partners. These sisters were more likely to have more sexual partners and less fulfilling relationships. Comparisons of the mother’s behaviors showed no correlations in any of the sister pairs or between different sets of sisters, nor did the number of years fathers missing from younger siblings’ lives.

“It appears that the father’s behaviour while in the home rather than his absence from the home has the strongest influence on his daughter’s sexual behaviour,” the team concluded.

When therapists asked about my dad, I’d always say, “Eh, he’s nice enough I guess and around. We just don’t ever really talk and he’s never really expressed interest in me. But it’s fine.” However, this research raises some questions as I analyze my current life and my past.

Would I have been less likely to accept verbal and sexual abuse from men during middle and high school if I saw my father in a different light? Maybe I’d be less willing to give more of myself if I felt more loved during my childhood? Would I be less dismissive of my husband’s behaviors if I’d seen something different while I grew up?

I remember watching my dad attend baseball and football games my brothers played, yet seats were empty at my band concerts and theatrical productions. He sat in the recliner after work each evening, drinking a few beers and watching TV while I asked if he could help with my Algebra homework. My brothers learned to drive stick shifts with dad while he refused to ride in a vehicle if I climbed in the driver’s seat. My friends frequently shared stories of fun Daddy-Daughter dates, but I could never contribute to the conversation. Shockingly, he actually walked me down the aisle and gave me away at my wedding.

As a mother myself, I feel this research is vitally important not only to me, but for my daughters, too.

All women need this information. The more we understand about ourselves and what influences our behaviors, the better we can protect ourselves and find happiness. As we prepare to enter relationships, birth our own children, or become loving aunts, we need to know how fathers uniquely impact their daughters. We need to arm ourselves so that we can break cycles that harm us.

Obviously, like any psychological research, this study has some limiting factors. For starters, researchers collected all information through self-reports. Also, there are potentially additional variables that researchers did not account for during this study. However, this study is the first of its kind. It’s definitely a great start to understanding just how much a father’s behavior directly impacts a daughter’s future relationships. Personally, I feel this information is invaluable, and I hope to use it to continue to work towards self-improvement.

Why You Need To Start Unfriending People In Real Life