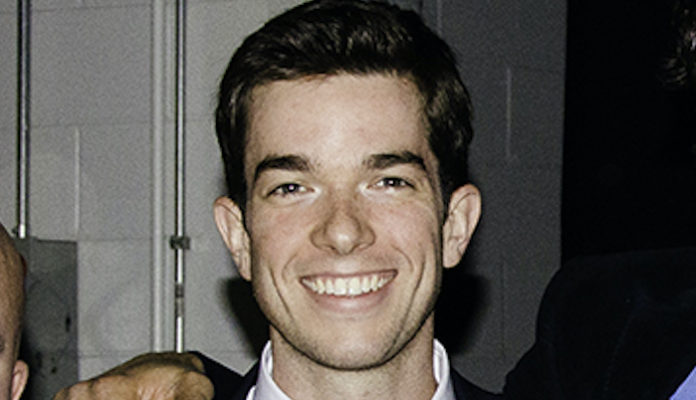 Comedian John Mulaney (best known as a writer for Saturday Night Live)  was married to Anna Marie Tendler (well know hairstylist, makeup artist and art designer) in 2014. In September of 2021, John went to rehab for cocaine and alcohol addiction. Anna Marie stood by his side as he tried to gain back control of his health and his life. After coming out of rehab however, she was blindsided when he asked for a divorce. A close source spoke of Anna Marie’s heartbreak:

But hold on, the plot thickens.

During an interview in 2019, John made it clear he did not want children as he felt it wouldn’t be conducive for his job and his marriage with Anna Marie stating:

‘Why don’t you want kids?’ I’d say ‘They’re great, but I love what I do. And I love my wife and spending so much time with her and we have a really fortunate life. I get to travel, do stand-up, and our relationship is so wonderful. It’s just something I wouldn’t want to change.”

But now Olivia Munn is pregnant with his child!

When on Late Night with Seth Myers recently, John Mulaney casually talked about he and Olivia got to this point and seemingly failed to recognize how he was contradicting himself.

“I went to rehab again, this time for two months. I got out in February. I lived in sober living for another month and a half. … Then, in the spring, I went to Los Angeles and met and started to date a wonderful woman named Olivia.” Mulaney then announced, “And we’re having a baby together. I was nervous when I was about to say the news. … I’m gonna be a dad!”

How did Olivia and John get together?

There are several various stories ranging from them meeting at a church to the two being connected as friends through various social circles for years now. Olivia tweeted a support message when John went into rehab some time ago.

“Sending SO MUCH love and support to John Mulaney. You got this,”

How is Anna Marie Coping?

As mentioned above, Anna Marie was seemingly blindsided by John’s request for a divorce and for him to now be dating someone else who is also pregnant with his child probably comes as continual slaps across the face

Tendler said then through a spokesperson that she was “heartbroken that John has decided to end our marriage” and wished him “support and success as he continues his recovery.”

What People Are Saying

We’re sure more details are to come and hopefully the focus stays on health and happiness. What are your thoughts? Let us know in the comments below!