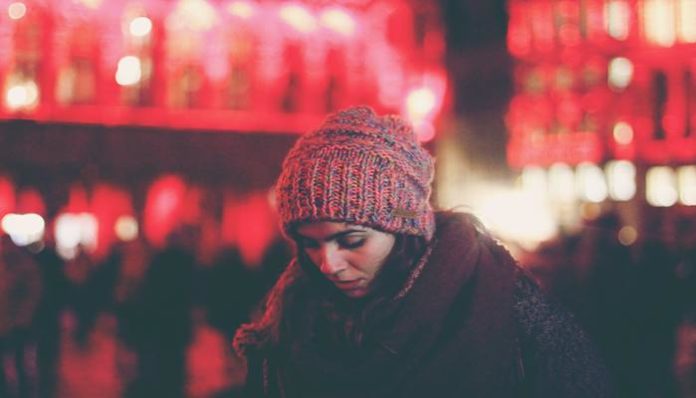 I want to text you and show you that I’ve been thinking about you constantly. Part of me wants to take a leap of faith and send you a simple “hello.” But my brain prevents me from ever sending that message. This is because I can’t slip up or ruin my tough girl image even though I want to in those moments of weakness.

But I refuse to do it because you haven’t done the same for me. This just proves that you haven’t been thinking of me at all. However, there are definitely things I don’t know; you might be thinking about me in your own time.

I can relate. Just because I don’t text you doesn’t mean I didn’t think of you when I heard your favorite song. Or when I drove by your favorite bar in town. And I know that even if you do think of me, it won’t give you the push to reach out. God forbid you do that.

I’ve been there, sitting in my empty bed with cold sheets, struggling to get you off my mind. I’ve felt debilitated by your memory while you’ve been living life flawlessly without a hitch. It’s hard to resist you when all I want is to have you so bad. The way I see it, you’ve forgotten about me, and that’s why we’ve cut ties.

Sure, I could reach out and send you that simple “hey.” Or I could confess my true feelings. But I know that a text won’t do much.

It won’t show me that you care, and it won’t change anything. You’ve gotten the hints I’ve presented, and you still chose not to act on them. Nothing I can do will jog your memory or remind you that I’m worth having around. You should already know that, and if you don’t, you’ll have to realize it on your own.

That realization might hurt or confuse you. If anything, it might even make you miss me. The memories of us will replay in your mind like an old VCR tape hidden away in your basement for years until you randomly stumble across it. The banter, butterflies, and belly-aching laughter will all come back.

I know the struggle of wishing for closure from our last conversation. I’ve been replaying what I should have said a million times as I anxiously type a message I might send one day. But until I build the courage to do so, you’ll have to do it on your own.

For now, I dream of the words I want you to say to me while we’re cuddling in bed. I write up imaginary texts I wish to send you one day but never will out of fear. But regardless of my actions or yours, reality and common sense will always come in. And they can quickly kick those thoughts out of my head.

It may sound childish or hypocritical for me to expect you to reach out while I don’t. However, there’s a reason for that. When you put yourself out there so much and for so long, you don’t want to risk getting hurt again. You don’t want to be humiliated.

So I won’t let it happen, nor will I even risk it. But just know I wish to hear from you, and I hope you’re doing well. Maybe I even wish that you think of me from time to time as I think about you. It brings me back to a time of undying happiness until reality reminds me that it also brought me the worst pain of my life.

And just to be clear, so your ego doesn’t inflate even more: I don’t need to text you because I have self-respect and self-love. And that’s all I’ll ever need: A not half-assed boy to love me back.