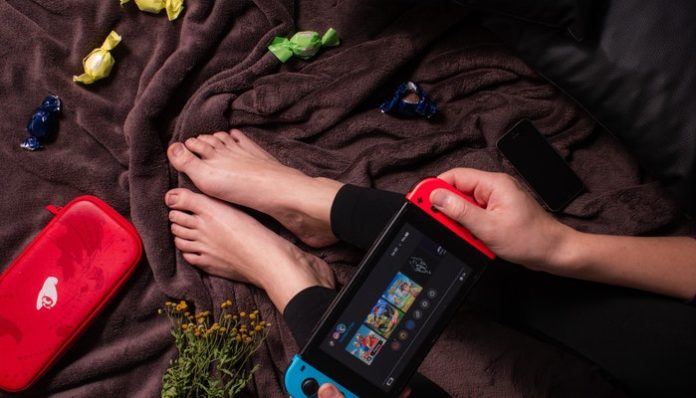 In case you forgot, Nintendo’s cozy game Animal Crossing: New Horizons blew up last year at the height of the pandemic. So it was the perfect escape. After all, why deal with the world’s problems when you can build your own island with adorable animal villagers?

Now that the world’s starting to open back up, many people have been complaining about the game and Nintendo’s recent lack of significant updates to it. It’s not surprising, though: You can only fish, catch bugs, and dig for fossils for so long.

Plenty of other video games give you the same cozy, low-stress feeling as Animal Crossing. Here are seven you should check out.

As Steam would describe it, Spiritfarer is a “cozy management game about dying.” In this game, you play as a girl named Stella who replaces Charon, the mythical ferryman of souls to the afterlife.

You travel through a beautifully drawn map and platform around it to find spirits, who turn into animals when they board your boat. Your job is to fulfill their requests until they’re ready to go through the Everdoor to the next stage of the afterlife.

Each character has a unique backstory. You spend just enough time with each of them to get attached before they decide to move on. I got emotional letting a character go on more than one occasion. The beautiful score also adds to the emotions!

If you love mysteries and puzzle-solving, this game is for you! It’s the seventh installment of the Professor Layton series, but it focuses on a new protagonist — Katrielle, Professor Layton’s daughter.

Katrielle opens up her detective agency, and you solve cases for some of Sherlock Holmes-era London’s elite.

There are tons of puzzles and minigames sprinkled throughout the bigger mysteries, making this game all the more addicting. And some of the plot twists are genuinely shocking!

This game centers around a young brother and sister whose mother owns a cafe. When their mother falls into a magic coma, a strange wizard appears to tell them they must raise a baby dragon to save her. On top of this, they also have to juggle running the cafe in their mother’s absence!

A lot of this game consists of gathering ingredients and unlocking new dishes. Some wacky characters also appear in the cafe with food-themed quests for you.

As your dragon grows, you can reach new parts of the expansive map and collect even better ingredients!

It’s really adorable, but it will definitely test your time-management skills, as the days are very short.

Maybe Minecraft isn’t the first thing that pops into your head when you think “cozy game,” but it really can be if you want it to!

The world of Minecraft is so extensive, so building a castle or city can be a fun project for the day. Or you can just strip mine and put on a podcast. It’s relaxing.

5. Ni No Kuni: Wrath of the White Witch

I haven’t played this game yet, but I can’t wait to! It follows a young boy named Oliver who travels to a magic world to stop an evil wizard and save his mother.

Studio Ghibli created the game’s animated sequences, so you know it’s going to be amazing. Just the clips from the game trailer feel cinematic.

When I got Animal Crossing burnout, I decided to clear my game’s save data and start fresh. This 100% cured my burnout! I went from playing once a month to every day.

Restarting with new villagers, a new layout, and a new island theme feels like playing the game for the very first time.

I highly recommend you take the plunge if you’re feeling burnt out (and your old island’s dream address will still be there if you want to visit). But if you don’t want to go as far as deleting your island, maybe try a new theme. It makes a huge difference!

Which game do you plan on playing next? Let us know in the comments!

Photo by Lucie Liz from Pexels

Good Things Come To Those Who Wait: Why You Shouldn’t Settle...

It’s Time To Get Off Your Bum Because It’s The Annual...