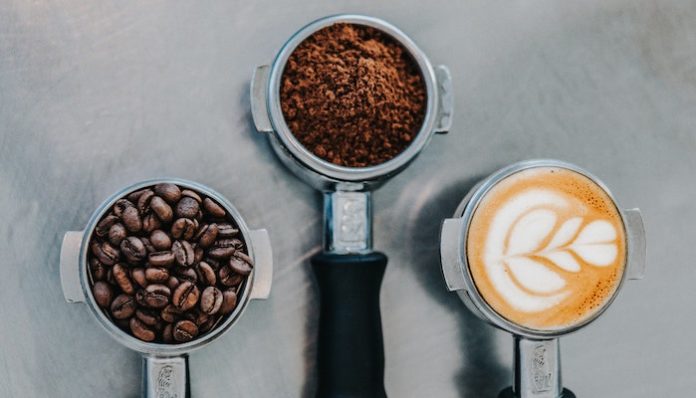 Ask any millennial what they know about coffee and they’ll spout a hundred different facts and legends. Coffee origins are a secret.Some people claim that goatherds discovered the first wild coffee plants! But there’s still so much we can learn about the beans that wake us up every morning.

When I worked as a barista, many customers told me fun facts about coffee. Here are seven of my favorites.

Remember how I said a goatherd might have first discovered wild coffee? Legend says that in the ninth century, humans became aware of the “energizing” properties of coffee beans when their goats became more erratic after going to town on the tiny red fruits. So, people began eating them and claiming they had medicinal properties.

It was only after people came up with ways to roast raw, green coffee beans that coffee was turned from a semi-sweet snack into a bitter beverage.

Espresso is essentially a 1:2 ratio of water and coffee grounds, so it stands to reason that the beverage also packs the most caffeine per serving, right? This is factually incorrect, if you’re only drinking one serving.

While every coffee shop deals with Karens differently, ours, and many others out there, have a way of serving petty revenge to entitled customers. If we have to remake your drink for a second or third time because “it’s not up to snuff,” you’re getting decaf. Don’t be mean to your baristas, folks. In fact, don’t be mean to anyone who has control over your food and drinks!

4. Bach made a musical piece about coffee.

The famous German composer Johann Sebastian Bach supposedly made an entire cantana centered around coffee. Schweight stille, plaudert nicht (Be still, stop chattering, a.k.a. The Coffee Cantana) consisted of a woman who begs her father to accept her undying devotion to coffee. In the cantana, the protagonist, Lieschen, claims she’ll shrivel up like a roast goat if she doesn’t get her coffee.

5. The 1932 Brazilian Olympics team sold coffee to pay for the trip to LA.

Brazil has over 2 million hectares of land dedicated to growing coffee, making it one of the world’s greatest exporters of raw coffee beans.

While the country makes a ton of money from coffee exports, as well as iron and other natural resources, in the 1930s, the country couldn’t afford to send its Olympic delegates to Los Angeles. So what they did was put Team Brazil in a cargo ship along with 50,000 sacks of coffee. The team was encouraged to sell the coffee at different ports en route to LA.

6. You can make Starbucks-style coffee at home.

Here’s one of the secrets coffee shop owners don’t want their baristas sharing with customers. The process of making coffee looks complicated from the other side of the counter, but it really isn’t. Granted, you have to follow a strict set of rules when preparing a drink to order, but with the right coffee machine, you can whip up all kinds of milk-based drinks at home.

All you really need is some basic how-to-make-coffee knowledge and a reasonably priced mid-range machine with a steam wand — such as the Breville 800esxl — and you’re all set. My boss is going to fire me if she reads this…

7. Thank coffee for the first webcam.

Geniuses at the University of Cambridge devised a way to stream video of a coffee maker to all connected devices in the early 1990s. They did this so that the university staff wouldn’t have to make a trip to the lounge to see whether the coffee pot was ready.

A few years down the road, the video-streaming camera was connected to the interwebz, and the rest is history. As you can see, laziness can spark ingenuity.

Please share whatever other coffee facts or myths you’ve heard of down below.