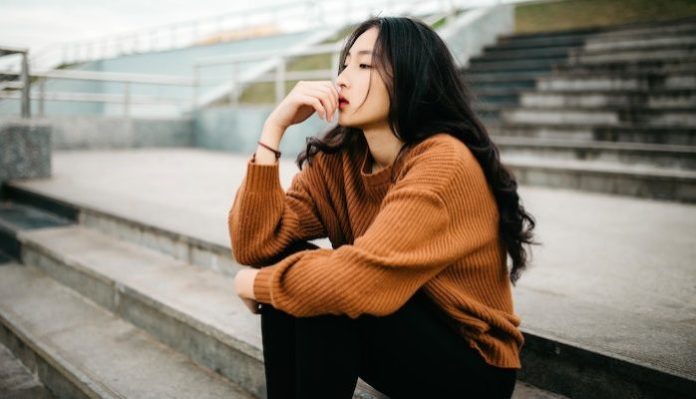 To the friend that blew me off for her boyfriend: it hurt. Two simple words that mean so much to me. It hurt. You chose your boyfriend over me time after time. I was there for you over and over — I took you back into my life over and over. When things were going wrong with him, I was there for you. I was waiting. I waited for you because I believed in our friendship. Truly, I believed your absence was temporary.

I thought our friendship was strong, that we would be friends forever. But then he showed up. And honestly, it was wonderful! You were so happy with him, and I was just excited to see you happy. Then our time together dwindled. My reaction might have seemed like jealousy. Maybe it was at first.

Ultimately it wasn’t jealousy, though. I didn’t want your boyfriend and I wasn’t jealous that you were spending time with him. New relationships are incredible, and they take time to develop. You were my best friend, though. You were there when I thought no one else would be. I thought it would be that way forever. I was wrong.

He came into your life, and the way your eyes lit up when you talked about him was beautiful. You were positively glowing. Then your replies to my texts started taking longer. Then eventually, they dwindled altogether. You weren’t there. It got to a point where I didn’t know what was happening in your life anymore. It’s still like that.

I can see on your Facebook page that things are alright. You say you’re doing well — you’re still with him and talk about how deeply in love you are. That’s great, and I’m glad that you found someone you’re so happy to be with. I’m so glad for you, but I’m not a part of your life anymore. It hurts. Our friendship slowed down at first, and then it was nothing.

Our friendship was nothing anymore. He was your priority, your only priority. He became the only thing that mattered in your life. My texts didn’t matter. My messages stayed on read, my calls sent to voicemail, and that’s how I would get my responses. I’d get a quick response that you were with him and you’d call me back later.

The calls never came. It’s okay, though. I survived it. I made new friends, and I’ve moved forward.

I’ve moved to the next level of my life. I’m still going forward, but you’re always going to have a place in my heart. I’ll never forget the days sitting on your porch talking about everything. I won’t forget the times that we had margarita nights and girl time. I won’t forget bonding.

How could I forget the times we discussed our depression as well as our hopes and dreams for life. You taught me how to do some things and you supported me at times in my life. I thought I had no one. At the end of those days, you were my rock and I was yours.

I accept that life has moved forward and I recognize that he’s your rock now. I feel replaced, and it still hurts. However, I also know that life goes on. I won’t spend my time waiting for the text that will never come. Look, I can’t stay and watch the decisions you’re making and how you’re wasting away. I won’t go to you with my worries about this relationship, how you’re allowing yourself to be treated. I’ve tried.

My tries and worries are still left unread, just like everything else. I hope you know I have tried to check in on you. I’ve done what I can to carry this friendship. A friendship goes two ways, though. It isn’t enough for one person to carry it, and I carried my end.

This message is for you: I’m happy if you’re happy. Watching our friendship turn into nothing is painful, it hurts, and I didn’t want it to end this way, I never wanted it to end. Sometimes friendships aren’t meant to last a lifetime. Please know, though, that I’m here. Every day, I’m here for you. If you call at 3am, I’ll be here. I’ll be here if you need someone. I’ll always be here. Right now, enjoy your time with him. I wish you all the happiness in the world, whether it includes me or not.

Photo by Anthony Tran on Unsplash