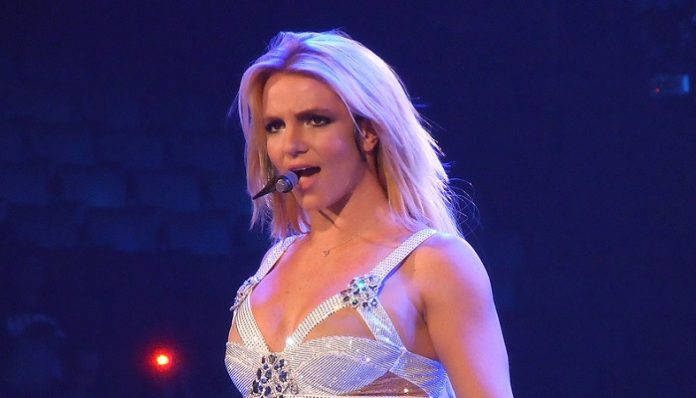 Nearly five months after The New York Times documentary “Framing Britney Spears” premiered, we’re hearing from the ‘Princess of Pop’ herself. On June 30, a judge denied Britney Spears’ request to have her father, Jamie Spears, removed from her conservatorship. At least for now. This decision comes two days after Spears made an emotional plea to a Los Angeles Superior Court judge. She requested an end to her 13-year conservatorship from her father, Jamie Spears. During her appearance in court, Spears revealed that she feels exploited, has no control over her life, and can’t sleep. She also stated that she is depressed and cries every day, per NPR.

Spears’ long-running conservatorship dates back to her mental health bout in 2008. Then, her father took control over both her person and her roughly $60 million fortune, according to Forbes.

Under the conservatorship, Spears’ father has the legal power to negotiate business opportunities and other financial arrangements. In addition, Jodi Montgomery, a professional appointed by the court, acted as a co-conservator over Spears’ personal matters for 11 years before stepping down in 2019.

What exactly is a conservatorship?

Also a guardianship, a conservatorship is a legal arrangement for individuals who a judge considers incapable of taking care of themselves and/or managing their affairs.

It’s “a court case where a judge appoints a responsible person or organization (called the “conservator”) to care for another adult (called the “conservatee”) who cannot care for himself or herself or manage his or her finances,” per the state of California, where Spears’ case was started more than a decade ago.

In other words, it’s the court taking away an individual’s civil liberties and handing them over to someone else. It’s for the protection of the conservatee. If you’re under a conservatorship, your conservator(s) can control every aspect of your life from where you live to how you support yourself through what you eat. And for Spears, it’s all of that and much more.

Conservatorships shouldn’t be a bad thing. Under the law, a conservatee should keep all basic human rights. The conservator should listen to, understand, respect, and consider the wishes of the conservatee.

However, that certainly doesn’t appear to be the case with Spears. She was very vocal about being mistreated and mishandled in recent years.

Reportedly, the conservatorship limits her to a $2,000 weekly allowance despite earning millions from her recent, successful Domination Las Vegas residency, per NYT.

Since Spear’s court appearance, Hollywood’s biggest celebrities have been showing their support on social media and the “#FreeBritney” movement.

One of the most profound showings of support comes from fellow Mickey Mouse Club star Christina Aguilera. She expressed both her support and heartbreak for Spears in a series of tweets that referred to her conservatorship as “depleting, devastating and demeaning.”

Aguilera’s statement read, in part, “The harmful mental and emotional damage this can take on a human spirit is nothing to be taken lightly. Every woman must have the right to her own body, her own reproductive system, her own privacy, her own space, her own healing, and her own happiness.

“The conviction and desperation of this plea for freedom lead me to believe that this person I once knew has been living without compassion or decency from those in control. To a woman who has worked under conditions and pressure unimaginable to most, I promise you she deserves all of the freedom possible to live her happiest life. My heart goes out to Britney.”

Aguilera is referring to Spears’ comments that the conservatorship allegedly doesn’t allow her to marry — presumably her longtime boyfriend Sam Asghari — or bear children.

“I want to be able to get married and have a baby. I have an [IUD] inside of myself, so I don’t get pregnant. They don’t want me to have children — any more children,” Spears alleged, per PEOPLE.

“It doesn’t matter how positive of an effect a conservatorship has had if it’s having a deleterious effect and detrimental effect on her state of mind,” Kaplan said. “So [Federline] supports her having the best environment for her to live in and for his children to visit with their mother in.

“Kevin has been consistently a supporter of Britney. He hopes for Britney that she is able to enjoy her life in a safe and healthy way. And he looks forward to being able to enjoy the benefits of being able to co-parent two teenage children,” Kaplan continued. “Kevin hopes that should the conservatorship be dissolved, that that dynamic only improves even more.”

Spears and Federline’s marriage lasted from 2004 to 2007. According to Elite Daily, Federline currently has 70% custody of their two boys, while Spears has only 30% unsupervised rights.

In response to Spears’ comments and the outpour of support, her father said he’s “sorry to hear she’s suffering and in so much pain” and “misses his daughter very much,” per THR.

Of course, we don’t know all the facts about Spears’ case and what goes on behind closed doors. But her conservatorship is certainly unusual. Only time will tell if and when Spears will be able to take back control over her life and rights.

5 Simple Things You Should Do Before Asking For A Letter...