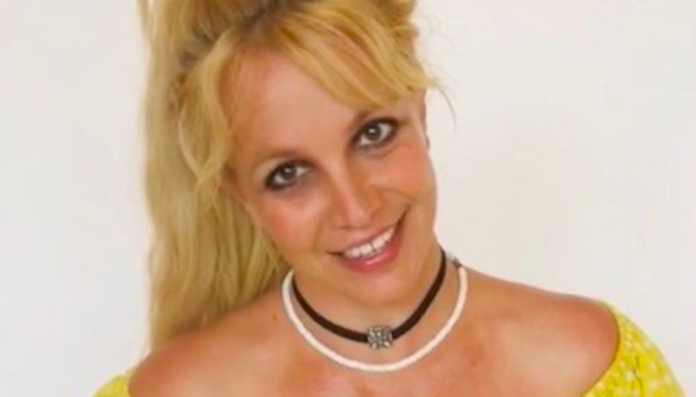 I’m sure you’ve noticed a lot of news lately about Britney Spears’ conservatorship and social media posts. People have worried for the star, felt confused and been very vocal about their support for Brit’s legal rights.

But a lot of people don’t fully understand what the big issue surrounding Britney’s case or what’s even going on.

So here’s everything you need to know to stay in the loop with the Britney Spears news.

Spears became a child star from when she was 4 and continued her rise to fame with the Mickey Mouse Club. By age 17, she was one of the biggest pop stars in the world and lived a far more adult life than most children will ever experience. Therefore, Britney’s career has been on autopilot for decades, and she’s had minimal say in what she does.

Her lyrics have even proved just how much other people have controlled her life. Think about songs like “Overprotected,” “Lucky,” “Circus,” “Piece of Me,” and “Gimme More.” Even Spears’ cover of “My Prerogative” echos the same theme – she can never make career moves by herself.

Rumors swirl that Britney uses a fake singing voice (the same voice we think is iconic) to seperate herself from her rival, Christina Aguilera, because their voices sounded identical. Britney’s managers created her image for her, songwriters wrote her songs, and she couldn’t control how her music videos portrayed her.

But then, Brit had her famous 2007 meltdown.

As you may recall, Britney was very publicly divorced Kevin Federline, had two sons under 2, and was the hottest topic on every gossip blog and entertainment show. She couldn’t even be in her own home without paparazzi trying to snap her photo. At that point, she was under more scrutiny than any other celebrity.

As the divorce drama continued, the pressure to showcase Britney was at an all-time high. Photographers followed and harassed the star every time she left home. And every TV outlet criticized Britney’s decisions. Spears couldn’t escape her own fame, and no one was willing to help her.

Britney was hospitalized twice during her public meltdown because she wasn’t acting like herself. After the hospitalizations, her father, Jamie Spears, petitioned the courts to be Britney’s temporary conservator for one year – until she stabilized.

Once the conservatorship year ended, Britney appeared on How I Met Your Mother, dropped the “Womanizer” video and promoted the hell out of her new album, Circus. She toured worldwide, and her album grossed $131 million. Britney was the best she had ever been!

However, her father petitioned the courts for the conservatorship to become permanent, alleging that Britney developed early onset dementia in her twenties. The court granted the order, which has remained in effect for the past 12 years.

For the past 12 years, Britney Spears has not been able to:

At 38 years old, Britney can’t do any of these things without her father’s permission. If she does, her father can legally place her in a mental health facility.

Every year, Britney also pays $1.1 million dollars in conservatorship fees, including paying her father a solid $100k+ salary and paying a lawyer she didn’t choose. She can spend $1,500 a week on bills, shopping, and essentials, even though her net worth is $250 million. So Britney’s essentially paying to keep herself trapped.

In early 2019, the pop star landed in a mental health facility because she drove with her boyfriend to get fast food without permission from her father. She also refused to take the sedative medications her father forced her doctors to prescribe to keep her under control. She later testified to a judge that her father held her at the facility against her will.

News of the star’s lack of freedom eventually leaked to the press, and the #FreeBritney movement was born. As a result, a judge opened an investigation into the impact that Britney’s conservatorship has had on her life.

In May of 2019, Spears cleared the air, updating fans as momentum of the #FreeBritney movement rapidly increased.

Britney’s team, though, disabled the #FreeBritney Twitter hashtag and regularly threatens any celebrity that speaks out in support of the movement.

Later in May 2019, Britney and her family went to court to reassess of her conservatorship. Months later, her team spoke out saying that Britney may never perform again.

In August 2019, Kevin Federline (the father of her children) filed a restraining order against Britney’s father on behalf of his sons. In the documents, he claimed that Britney’s father abused the children. The judge granted the request so Britney has 30% of unsupervised custody of her kids.

Fast-forward to 2020: The court extended Britney’s conservatorship due to COVID-19. The pandemic postponed her April court date a few months.

In recent months, fans have noticed that Britney stopped posting dancing and workout videos. Instead, she posts “odd” hallway struts as if she’s in a fashion show. In the past month, the hallway walks increased, and the public is realizing how trapped she is. Keep in mind that this is all Britney can do.

But now, fans are reading the signs she slips into her Instagram posts. After one user told Britney to wear a yellow top in her next post if she needed help, Britney did.

And oops, she did it again when another fan told Brit to wear blue if she needed help.

Fans instantly flooded and are continuing to flood her comments, noticing that Britney’s shirt colors aren’t a coincidence.

However since the original photos gained a lot of media attention, Britney’s now sticking to selfies or stock images. Is it a ploy to cover up her lack of freedom? Probably. I’m honestly surprised that her team hasn’t disabled comments yet.

I do agree that conservatorships can be beneficial for those who desperately need it and when those taking care of others have their best interests at heart. But this case is the complete opposite. To me, it seems like her money-hungry father just wants to profit from his daughter with a “disability.”

Britney’s new court date is set for August 22nd. The judge will review the conservatorship and decide if it’s a form of abuse or if it will remain place. Until then, there are several petitions to give Britney’s conservatorship a fair re-evaluation. Click the link here to show your support.

Until then, I sincerely hope that things start looking up for Spears and her family. No one deserves to stay stuck in life after they’ve made amazing progress.

Why Long Distance Doesn’t Have To Ruin Every Relationship