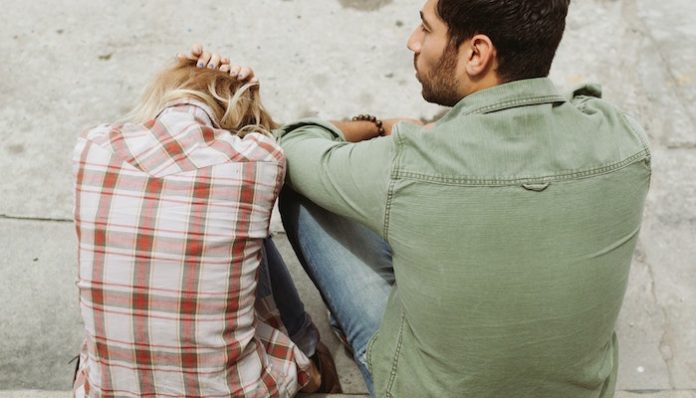 I knew I could get him. I wanted him terribly. He was my first adult relationship. When I met him, I thought, “This dude could teach me something.” And he sure did. He taught me a lot about myself and my demons. In fact, he was my last relationship and I don’t think I’ll ever recover from it. A toxic relationship is hard to get over.

We were two broken people looking for wholeness. Usually, when people break up they refer to their former lover as their ‘ex.’ I don’t. I call him by his name.

Mat was a recovering alcoholic. I found that out after the police arrested him for his fourth DUI. There were signs of his behavior, but I refused to see them. He’s not the only bad person in this ordeal. I had an addiction too: I was addicted to filling up this empty hole inside of me with damaged and broken men because I was damaged too.

In some ways, I was his enabler. There is a word for that. It is called codependency. I thought we could be damaged together and make a recycled heart out of shame and disappointment.

We tried to make it work, but we always found ourselves raging at each other, in private and in public. Not my finest hour, I admit. Our fights got nastier as time went on. You might be asking yourself why we didn’t break up sooner. The answer to that is rather simple: When you have been following the same pattern your whole life, you can’t just stop. I loved him. I didn’t see it as a toxic relationship.

Mat had a brilliant brain. He graduated from NC State, he couldn’t get a job in his field so he became a tech whiz. He knew about bitcoin before everybody else. Depression killed his drive, he would come up with these great ideas and then never follow through.

Mat would always tell me how impressive I was. He was shocked that I could be a high functioning mental nutcase. Where Mat lacked, I filled. My grit was enough for both of us. As I look back, I realized you can’t save a man. Eventually, you will resent him and that is what I did.

My unwavering support turned into blind rage and resentment. I grew tired of his excuses.

Essentially, mothering him stunted his growth and he grew tired of me too. Nobody wants to have sex with their mother. So we had a sexless relationship for over a year. Yep… just like after 10 years of marriage. We were roommates holding on to strained history.

Although things seemed bad, we couldn’t let go. Our intimacy was replaced with sorrow and defeat. The pushing and resisting was the foundation of our emotional blocks. We had built so many of them trying to protect ourselves from our pain that we couldn’t get through to each other. It was an endless cycle.

At one point we were happy. Both of us at the same time. Mat had a serious girlfriend before he met me. You could tell they were in love. They traveled the world together — they were relationship goals. I felt cheated that I met the depressed Mat while she had the Mat that I’ve always wanted.

Mat wanted the social media me, the gentle and funny me. But instead I gave him hell. He became the source of my anger and disgust. I projected my feelings of self-loathing onto him. I even made his alcoholism worse! Secretly, I knew he needed me. He needed my car. He needed my support. And he needed my wisdom. That gave me the whiff of power that I’ve never had before. We both contributed to the toxic relationship.

I stayed because it felt good — if only for a moment — to be needed. I didn’t think I deserved love or an equally yoked partner. Really, I stayed because I was toxic and I didn’t want to detoxify myself.

There is comfort in staying in a toxic relationship: It keeps you from being responsible and accountable. You can blame them for everything.

When Mat got his fourth DUI, this time he had to serve jail time. We argued on the phone all the time. Sometimes I refused to answer. I wasn’t allowed to see him in jail, so I had to do a video call at the jailhouse.

Soon depression found him there, and he became suspicious of me, and once again I had to do the heavy lifting. That was when I realized that neither of us was going to change. The next time he called, we spoke for 2 minutes and it was over just like that.

I chose to leave him right there and then. I left him because deep down I knew that if I were to stay, we would end up like our parents, empty and unfulfilled.

After that phone call, I cried two weeks straight… I have only seen him once since he got out. Now, he is just a distant memory. And I believe that it’s for the best.

Photo by Odonata Wellnesscenter from Pexels

9 Things You Wish You Could Share With The Parent You...