Believe me when I say, I’m behind in the times when it comes to movies. I have commitment issues when it comes to sitting down for a two-hour movie. I know that sounds crazy considering that I can sit down and watch ten hours of Friends or I Love Lucy straight, but when it comes to a movie, it is a big commitment. I’m investing my time and energy into these characters, so I want to be sure that I’m making the right choice with how I spend my time. With that being said, I spent my time wisely with film director M. Night Shyamalan and the movie Split.

For those of you whom aren’t familiar with the story line, it is about three girls who are kidnapped and held hostage by Kevin, a man who has multiple personality disorder. He is constantly at battle with himself and the 23 personalities that can transform his body into totally different people. From the hipster who enjoys fashion, to the old professor who is obsessed with history, to the angry woman who is in coverts with the devilish, the OCD driven man who kidnaps these girls as a sacrifice to the latest personality (that is forming that they know as “The Beast”), you never know what side of Kevin you’re going to be getting and it leaves you on the edge of your seat.

While this might seem like a far fetched, horror driven movie, there are parts to it that make you feel uneasy with how likely this could happen in real life. From a psychological standpoint, the multiple personality disorder that Kevin suffers from is a real condition. Dissociative Identity Disorder (DID) will sometimes develop in response to a traumatic event, such as abuse or war. Kevin, in this case,  has suffered from a history of child abuse. While it is unlikely for someone to take on as many as 24 different personalities, it is a condition that isn’t all that uncommon for someone who has been in a traumatic situation.

Not only is the psychological part of this film scary, but also the idea that this technically all could happen is unnerving. It took him ten years, but Kevin was about to go unnoticed at his place of employment and create an area to hide these girls that no one knew about. Not only was he able to trick him employer, he was able to trick his therapist for the longest time. While she was slowly catching on to what was happening, it was far too late before she realized that this had escalated far beyond her control. 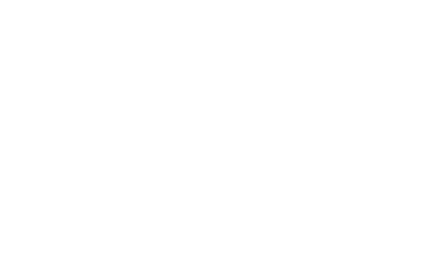 If that all doesn’t win you over, simply watch it for James McAvoy. I don’t understand how he didn’t win an award for his amazing portray as a crazy person with 24 personalities. It is insane to see him transform himself so quickly from one character to the next; yet he does it so effortlessly. If you didn’t know any better, you would think that he really does have DID that’s how perfect he is for this role!

Ginger Views: If you are looking for a good psychological thriller that will give you nightmares, rent Split! It will leave your mind reeling and in search of more answers. Don’t worry, there is a sequel coming soon where we will possibly get all the answers we need! M. Night Shyamalan has gotten a bad rap the past couple years with his movies, but I’m telling you, this one is worth the two hours of tension and feeling unnerved. Even if it does give you a few nightmares.