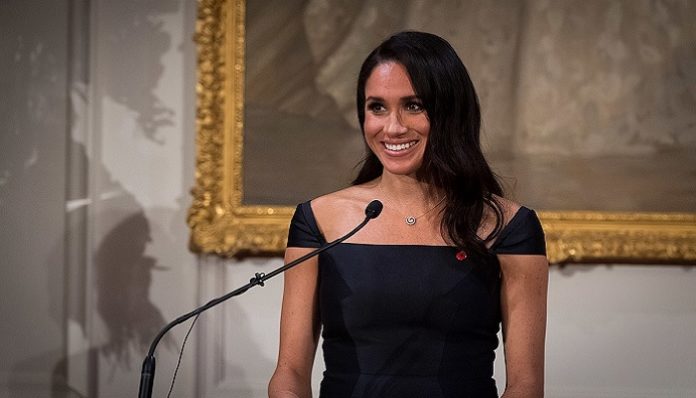 Oprah Winfrey and Meghan Markle sat down for an exclusive CBS interview, later with Meghan’s husband, Prince Harry. The interview was eye-opening towards multiple issues such as status, racism, and class from the monarchy in the United Kingdom and in general. Meghan Markle and Prince Harry welcomed their first child, Archie Harrison Mountbatten-Windsor, on May 6, 2019. Now, they’re pregnant with their second child, a baby girl. However, one issue that people will probably overlook in the interview is that Meghan stated the royal family was concerned regarding how dark Archie would come out since Markle is biracial. They were afraid his skin tone would be too dark.

This brings up the issue of colorism among those who are biracial, just like me.

Colorism is discrimination towards those within the same racial background if one possesses a dark skin tone, such as being “too black.” Being biracial can cause an identity crisis in itself by not feeling like one is, for example, in my case, Asian enough for the Asian side of their family and white enough for their white side of the family. Meghan Markle has spoken about this issue before, such as through the exclusive article she sat down for in Elle magazine in 2015.

Markle identifies as African American from her mother’s side and Caucasian from her father’s side. This also makes Meghan and Prince Harry’s children of mixed race. She has stated that her whole life, she has been asked what she is. “Being biracial paints a blurred line that is equal parts staggering and illuminating,” she stated. She also mentioned that she often struggles to check racial boxes before two or more race options were available. I struggled with this too when growing up because many teachers told me to choose just one race. Most of the time, the instructions stated that we should only check one box.

Meghan is experiencing backlash for speaking out regarding the topic as seen by the tweet below from Candace Owens. Owen’s tweet was immediately shut down. Meghan’s bravery is something we all can look up to as she has endured an unjust amount of backlash from the tabloids and social media.

Many biracial and mixed-race children face similar situations even in younger generations.

While my mom was in middle school, other students often bullied her and called her racial slurs. She was often told to go back to her country. However, my mom was born in the United States, so their insults were inaccurate. People have asked me personally what my racial background is since they couldn’t figure it out. At one point in my high school locker room, classmates asked me if I was half-white, half-black, or even Hispanic. I was uncomfortable being asked about my racial background by strangers and didn’t feel like I owed them an explanation. However, I explained my racial background to them, and they left me alone. But people often still cannot tell what my cultural background is.

We have made strides in racial justice, but looking at the biracial lens is important. Especially now and in the future, as more mixed-race children are born. Meghan Markle is the advocate for all of us biracial and mixed-race individuals and our needs. I hope the best for her child, future child, and the entire family.

Even though Meghan is experiencing backlash for speaking out so openly regarding the topic as seen by the tweet below from Candace Owens. Meghan’s bravery is something we all can look up to as she has endured an unjust amount of backlash from the tabloids and social media but that hasn’t stopped her for championing for the biracial community.

Featured image via Office of the Governor-General / CC Attribution 4.0 International

Why Claiming To ‘Not See Color’ Is An Act Of Racism...