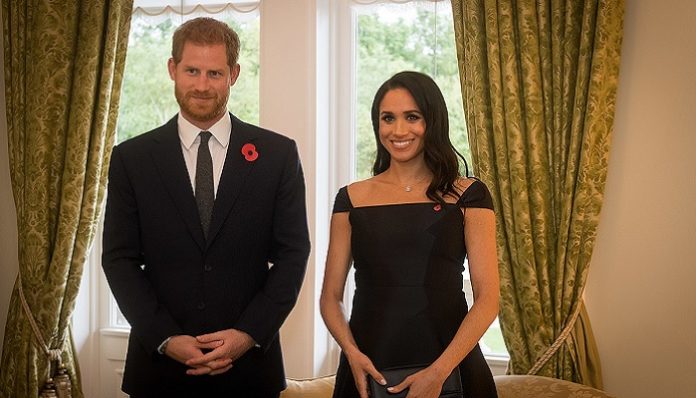 Last night America watched as CBS presented what some are calling “the interview of the year.” The interview, hosted by Oprah, featured Meghan Markle and her husband, Prince Harry. The information revealed by Meghan and Harry about the family was shocking yet believable. First, Meghan revealed that she experienced suicidal thoughts during her time with the family. Second, Meghan’s mixed-race background was a much bigger problem than the royals let on initially. Markle experienced many incidences of racism during her time in the family, thus making her suicidal.

This article goes straight for Meghan, claiming the interview was just a pity party for her. It also mentioned a prior interview of Prince Harry that claims: “Meghan gets what Meghan wants.” It continues to say that nothing mattered to Meghan and that she was caught in the “vortex” of royal life. Whether these claims are true or not, mental health is no joke. So to claim the entire interview was just bad acting is a terrible take on the whole situation.

The interview has caused an uproar in the British media, with many presenters and broadcasters coming after Meghan and Harry. Even though some news outlets have shown support for the couple, it’s no surprise that the secrets revealed weren’t taken lightly by the majority of the British population who highly respects the Royal Family and the institution.

4. “The Queen Is Unlikely To Watch ‘Oprah With Meghan & Harry,’ But Is Said To Be “Cheesed Off” By The Interview“

Unsurprisingly, the interview would upset the Queen. It will take forever for the royal family to recover from this serious blow. The pre-recorded interview shouldn’t have been a surprise to the family though. It’s unlikely that no one was aware of the interview before it was released.

5. “Oprah’s Interview Should Have Been Called Meghan’s Revenge“

“The Oprah special was sold as a joint interview with Prince Harry and his wife, Meghan, the Duchess of Sussex. It should have been sold as Meghan’s Revenge.” By painting this as a revenge story instead of an interview, creates a layer of petty drama that doesn’t properly capture the powerful and highly sensitive topics discussed around mental health and race.

Mental health issues and racism are very much relevant in today’s society. The issues brought up aren’t surprising. If it is happening in everyday life, it is happening in smaller groups as well. These headlines completely miss the interview point and the fact that Meghan and Harry are courageous for putting out such devastating information on the royal family. After what happened to Princess Diana, Meghan and Harry leaving should not be a surprise. Hopefully, this is the turning point for the royal family to do better with inclusion and diversity. In the end, let’s hope Meghan and Harry find peace with their decision.

Featured image via Office of the Governor-General / CC Attribution 4.0 International

Why Men Who Care About The Environment Are More Attractive