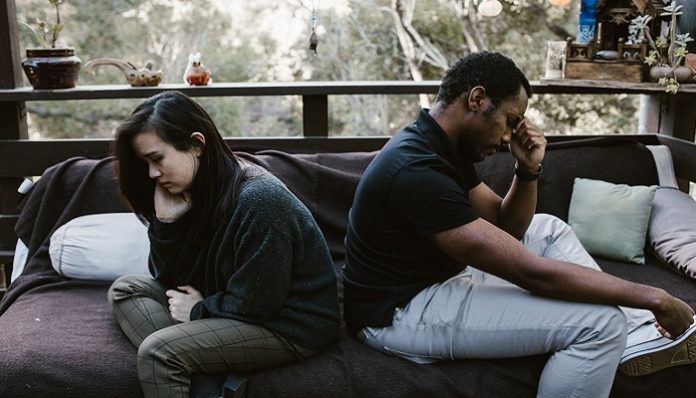 I found boxers in my girlfriend’s hamper … and they weren’t mine.  I’ll admit that this sounds bad. OK, really, really bad. But things aren’t always as they seem, right?

Allow me to set the scene.

Soon after moving in with my girlfriend and her two kids, I decided to be the wonderful boyfriend I consider myself to be and spend my afternoon tackling a mountain of laundry that had been there since I moved in. Countless loads, a few episodes of Dateline, and four beers later, I reached the bottom of the pile.

Taking a deep, satisfied breath, I reached down into the basket to pull out the last load: a white t-shirt, a towel, and … a pair of men’s boxers that were neither my size, nor my preferred brand. The mystery boxers that dangled off my pinky were clearly another man’s.

But instead of being rational, I stormed out of the house, got in my car and drove to the nearest bar. My mind was messed up with images of a carnal, blood-thirsty attack on some faceless dude.

But little by little my thoughts became less canine and more human.

Do I leave the boxers for her on top of the clothes? Do I put them back in the hamper and ask her about them in a way that doesn’t give away my discovery?

When I got home an hour later, I put them back in the hamper. And yes, of course, I washed my hands thoroughly afterwards. Luckily, my girlfriend returned home not much after me, and I used my liquid courage to confront her with my discovery.

“Oh, they’re my ex-husband’s,” she explained.

Oooohhhh, of course, they’re your ex-husband’s. How could I have been so silly? But the conversation didn’t end there. We spent the greater part of an hour discussing how and why her ex-husband’s underwear was still in her hamper.

Explanation: My girlfriend has two wonderful kids with her ex and during visitations, her ex would sometimes sleep on the couch for a night or two so the kids wouldn’t have to spend the night in a hotel room.

Seems rational, but the werewolf in me still wanted to tear off my clothes and go running into the woods and do what werewolves do.

To be fair, she said this happened long before I ever met her, and as I’ve learned, my girlfriend’s love for clothing does allow for the bottom of the hamper to remain untouched for extended periods of time.

After all, I had moved across the country and was trying to make a new life for myself with my new family. This dirty little reminder of how close her ex will always be, was a bit hard to take. But right then and there, I made my first rational decision of the evening. I love this woman and I can either trust her or choose to believe the woman I had come to love so deeply was a liar. I chose to trust.

The complexity of sharing children with someone you’re no longer in a relationship with has so many facets. Some things are hard to understand from the outside and damn if I didn’t learn that first-hand that night.

Though I have no interest in knowing her ex as anything other than the father of my girlfriend’s children, I now realize that these situations are never just cut and dry. There are kids involved. What’s best for them takes precedence.

The boxers were thrown out that day and there have been many visits by the kids’ father since — never with him staying on the couch. (Damn Straight.)

What I learned from this: Trust is something you must have in a relationship. Since my girlfriend’s explanation, nothing she has said or done has shown that she was anything but truthful, and our life and love continue to grow.

I’ve learned that the animal inside me — and all of us — has its place but understanding the intricate web of being with a woman who has kids with another man takes a great deal of understanding and trust. Be man enough to trust your relationship.

I found my girlfriend’s ex-husband’s boxers in the hamper, but you know what? Who cares?