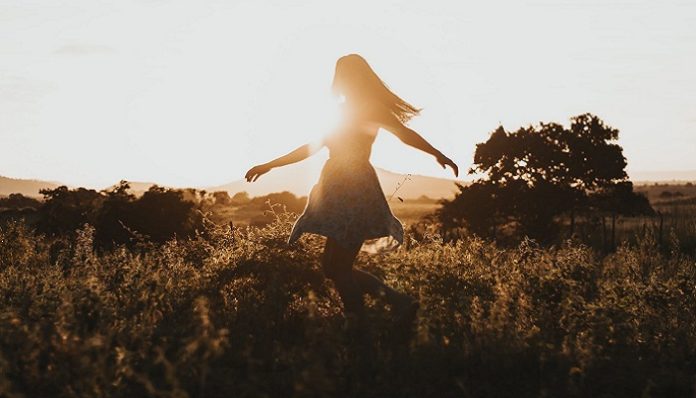 Time. We define our lives by it, allowing it to consume our entire being, yet it’s something that is entirely humanly constructed. It’s not real. You can’t hold it or even accurately describe it to someone without fumbling over your own words. Yet, timing is everything. Time allows us to move on, it allows us to make meaning of things we can’t quite understand. It’s why we celebrate the New Year and make it a symbol for a fresh start. It’s a time when we can allow ourselves to reflect on the years prior, a time to flip the page and start over. Even when you know that starting over is impossible, you allow yourself to believe it is. It gives you a peace of mind, it gives you a chance to redefine yourself.

How would you define your time here in 2014? You may have found yourself or maybe you lost sight of who you were. Maybe you thought you had life at your fingertips, only to find out that that’s impossible. I hope you fostered friendships, rekindled flames, and maybe even found the love of your life. I hope you realized that life is beautiful, even if it can’t be controlled. I hope that you found true happiness, but I would be naive to think that everyone did.

1. Let them go.
Let him go. Let her go. Let anyone go who no longer serves you and no longer holds a fulfilling piece of your life. Moving on from past boyfriends, girlfriends, and even former best friends is one of the hardest things you can do. By holding on, you’re simply holding yourself back. Don’t text him anymore. He isn’t coming back. And even if he does, you’ll soon realize that you were never meant to be in the first place. Don’t allow anyone to come into the 2015 year with you who will only constantly remind you of the disappointments of the past. Focus on yourself and your happiness. You don’t need anyone who doesn’t need you. Letting go doesn’t mean you’re erasing your past, it means that you’ve realized that the future holds so much more.

2. Travel.
If I could, I would pack my bags tomorrow and buy the next one way ticket to anywhere. 2014 was a year that changed me. It changed me because I explored the unknown and allowed myself to stretch beyond my comfort zone. It changed me because I traveled. It’s incredible what you can learn about yourself when you aren’t surrounded by the familiar. Life is easy when you have a set routine in place. Having a routine is safe, it provides a feeling of content. Promise yourself to break that routine in 2015. You don’t have to spend thousands of dollars to travel. You can drive 3 hours out of your way and explore something you’ve never seen before. Allow yourself to be open to what else the world has to offer you and you’d be amazed at the people and places you will find along the way.

3. Recognize weakness isn’t always a bad thing.
In life, we are always told to be strong. We are told that with strength comes happiness, with strength comes a life that will never disappoint because you will be trained to handle anything that comes your way. However, with strength also comes weakness. Realize that sometimes it’s okay to not be okay. Allow yourself to admit defeat.

4. Allow yourself to be vulnerable.
Too often we hold ourselves back from taking a leap of faith because we’re afraid of what will happen if we fail. We’re afraid of leaving ourselves to be vulnerable to certain people and opportunities because the fear of rejection is always on our minds. Setting your expectations high for something allows more room for disappointment, but some things in life don’t always have to be disappointing. Don’t define opportunities by what they could be, define them by what you make of them.

5. Realize you are more than your physical appearance.
Stop letting a double tap make you feel beautiful. Stop basing your self perception on the amount of “likes,” “retweets.” and “swipe rights,” you get. Defining yourself based on things so superficial will do nothing for you but lead you down road of self-destruction. Beauty has no fixed meaning, so don’t let society tell you otherwise.

6. Don’t allow yourself to stay in a relationship you aren’t happy with.
Too often we settle for people because it’s convenient and easy. It’s easy to be content with the familiar. The thought of cutting someone out and beginning the painful process of moving on makes us cringe. Don’t justify their actions, don’t convince yourself that things will get better, and certainly don’t settle for anyone who makes you question your self-worth. You can do better and you will do better, just give it time.

7. Realize you aren’t crazy for wanting something more than he is giving.
Life is all about avoiding the label that is, “crazy.” We allow ourselves to believe we are “over thinking,” certain situations as an excuse to justify someone’s actions even if it actually makes us feel like shit. If having sex with him makes you feel used, then don’t let him make you feel used. Just because you want more than a fuck buddy doesn’t make you crazy. Society defines, “chill girls,” as women who don’t rush attachment and who, “go with the flow.” Well, guess what? You don’t have to fall into the label of the, “chill girl,” if you don’t want to. Do what makes you happy and don’t do things that make you feel like shit. If he isn’t giving you what you need, then go find someone who will. Don’t let society tell you how you’re supposed to feel. Stop settling for something mediocre when you could have something so much more.

8. Be the one worth chasing after, not the one who chases.
Strive to be the best version of yourself. Be the person who leaves a lasting impact, the person who people fight to keep around. Be the one worth chasing after. That being said, don’t fight to keep people in your life who wouldn’t do the same in return. There are people who take more than they give. They expect you to make them feel important, yet they don’t do the same for you. They won’t chase you, so don’t chase them. Instead, chase yourself. Chase your dreams. Chase after the person you strive to be. Allow yourself to thrive with the best of them. Allow yourself to thrive with the people who encourage you to flourish, not the people who continually drain you. Give to people who give back. In turn, you’ll make people realize what a stupid mistake they made by letting you go so easily. Be awesome. Make yourself worth fighting for.

Happy New Year’s people. Cheers to 2015, and cheers to you. Go out and make a difference somewhere.

A Goodbye Letter To My Former Self