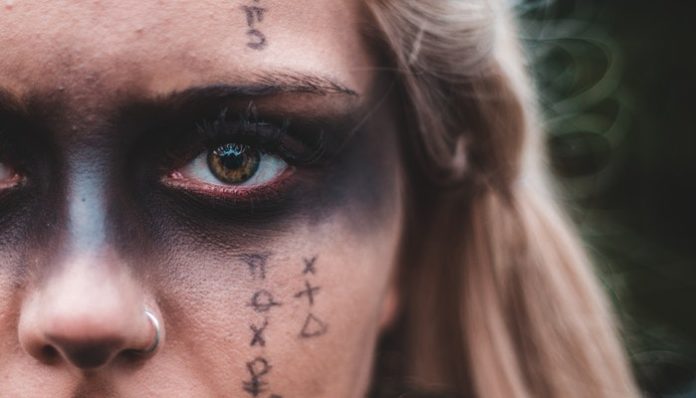 The political chaos in our country frequently exposed white supremacists over the past few years. While the mere existence of white supremacy is disturbing enough, white supremacists keep stealing other groups’ symbols to fuel their hate movement. And recently, they stole Norse Pagan symbols for their own purposes. But these symbols absolutely don’t represent hate.

Pagans love and accept all people, and Paganism doesn’t hold any space for hate. In fact, many Pagans know what it’s like to face discrimination because they’ve dealt with years of people questioning their beliefs. This is exactly why Pagans from all walks of life (myself included) can’t remain silent any longer. We can’t let horrible people continue to misrepresent Norse Paganism and misuse our important symbols.

Most recently, Jacob Chansley, or “ QAnon Shaman,” who participated in the insurrection on Capitol Hill, exposed his Norse Pagan symbol tattoos. So I decided to talk to my Norse Pagan best friend, Ruby Lindström, to learn what the Norse Pagan symbols on Chansley’s body actually mean.

The nine points of the three triangles in the Valknut represent the nine worlds in Norse Religion. The tret to jue Yggdrasíl bears the nine worlds in the branches, trunk, and roots. Pagans associate this symbol with the God Odin, The Allfather. Odin practiced magic, which at the time, most people considered a womanly act. Society held women in high regard and saw them as intelligent and powerful.

The three triangles represent Asgard, Vanaheim, and Helheim. They are all realms for the dead as well as the Gods, which is important to note because more often than not, archaeologists found Valknut with the dead. You will also find this symbol on ancient Anglo-Saxon cremation urns because some of the Norse/Germanic traditions and symbols made their way to England and other locations within Europe. Odin also ferried the dead to Asgard, Vanaheim, and Helheim. The worst of the dead would be condemned to Níðhöggr, the serpent that gnaws at the roots of Yggdrasíl. The serpent eats and digests the evil beings that are taken to Níðhöggr until the end of time.

This is the Tree of Life, which is typically either an Ash or a Yew. It’s the most important tree in all the cosmos, and it holds the nine worlds in place. At the top, here’s a great Eagle who bears no name, and at the root is the serpent Níðhöggr. A squirrel named Ratatoskr runs from the top of the tree to the roots to convey insults between the eagle and the serpent. There are also four stags that graze on leaves from Yggdrasíl, and their names are Dainn, Dvalinn, Duneyrr, and Durathror. Beneath the tree are the Nornir and the Well of Fate. The Nornir determine the fate of all living beings in Midgard (Earth).

Also, Norse Pagans (even in ancient times) were very close to POC, including those from North Africa, the Mediterranean, and even parts of the Middle East. These POC also would sometimes convert to Norse Paganism. The ancient Norse welcomed people of any race into their religion and community.

Norse Pagan symbols don’t belong to white supremacists. In fact, it’s infuriating that a man who stands for hatred and treason would place these peaceful symbols on his body. I hope that people will educate themselves and realize that we need to stop making assumptions about entire religions based on the actions of one person. We need to understand that Jacob Chansley’s tattoos and other attire don’t represent the beliefs of Norse Pagans in any way.

Here Is Your Sign To Step Into Greatness And Leave The...