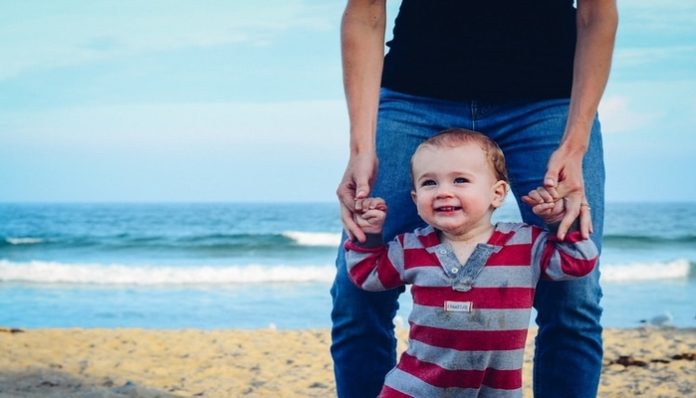 When their girlfriends share unexpected pregnancy news, most young men run as far away as possible. When my girlfriend shared the “big news” with me, however, running away wasn’t even a thought in the back of my mind. Instead, I immediately smiled because I was going to be a father.

In fact, when my girlfriend shared her pregnancy news, I looked at her and knew that I wanted to spend the rest of my life with her.

Not many people can say this about their significant other, but our entire relationship up to that point had felt like a walk in the park. So when she told me about the pregnancy, I didn’t feel nervous or worried. As a 23-year-old college student, I was mostly naïve about all the responsibilities that come with raising a child.

For the entire nine months of my girlfriend’s pregnancy, everything went right back to how it was before I heard the news. I went to class, continued participating in clubs, and kept my head in my books. However, I did make sure that I was there for my girlfriend every step of the way.

I don’t think I really understood the definition of the word “sacrifice” until we started preparing for the baby’s birth, though.

I realized that I would need to give up things, like dorm room living and hanging out with friends from the various clubs I participated in. But I knew I wanted to be the best possible father to my child, and nothing would stand in the way of that.

As my girlfriend’s due date drew nearer, I also learned just how little my friends and family understood about my choice. When you bring a child into the world, you need your family and friends to support you. But I felt more alone than ever. In fact, I would sit up until three o’clock in the morning almost every night, wondering why people didn’t want to support my decision. Eventually I realized that not everyone shared my mindset, and I ended up burning a lot of bridges because of our different perspectives.

I graduated on May 11th, and my daughter arrived on May 16 at 1:29 in the morning — just five days after I received my diploma. The entire first week of her life felt like it lasted for years. Little did I know that the exhaustion would last a lifetime.

I won’t lie to you: Being a father is a full-time job. I work in a completely different career field than I originally planned, and I work non-stop from 4 o’clock in the morning until midnight. And I don’t just follow the stereotype that dads just go to work and put food on the table — I am actively involved in my daughter’s life.

You don’t really plan for moments like this. Instead, you just learn to roll with the punches.

Learning to accept everything that comes with parenthood may seem difficult, but I don’t really care. Why? Because I want to give my daughter the best life possible. She’s my entire world, and that’s what matters most.