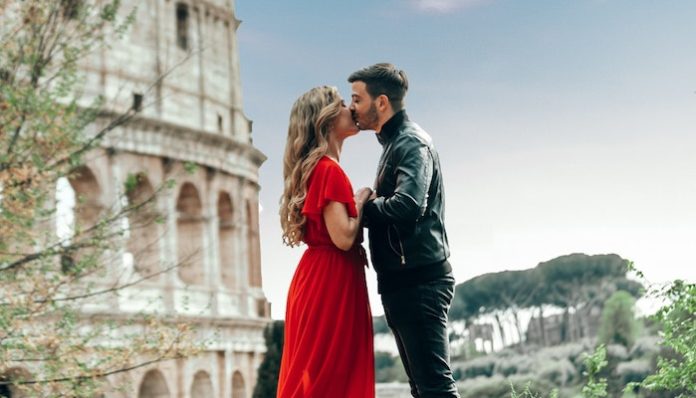 The current American dating scene has been labeled a “hook-up culture,” and justly so. We have one-night stands. We go home with the guy from the bar without blinking an eye. We avoid labels and feelings.

But, why is that seen as such a bad thing? Some people hate it. They hate that we don’t hold hands and share our feelings anymore. They want to go back to the “olden days” of dating. You know, that time in history when all that happened on the first date was holding hands while walking and maybe a kiss goodnight when he walked you to your door.

I see where they are coming from. I really do. There is a hopeless romantic somewhere within me, and on some level, I want those things too. But, I don’t understand why people romanticize the past so much. It might have been a great time in the history of dating, but why would you want so badly to live in any other time than the present?

Maybe this is the just the socially-constructed YOLO mentality that was ingrained into my brain during high school, but I don’t understand why you would want to live in any other moment than right now. Here are three reasons why — contrary to popular belief — our dating culture is better than it has been in the past:

We don’t have to deal with the “Romeo And Juliet” love tragedy. We can date (or screw) whomever the heck we want without our families declaring war on each other. Sure, technically your friends and family might disapprove of a guy, but they aren’t going to forbid you from seeing him. They don’t necessarily have that right. It’s your life.

Our dating culture gives us the potential to be with whomever we want without serious consequences like being banished. We don’t have to date “within class” anymore if we don’t want to.

We care less about others opinions about our love lives and more about how we feel in our relationships. Maybe it’s because we really are the selfish generation, or maybe it’s because we are the first group to realize that we control our own happiness. That knowledge is what granted us the freedom to love.

As a generation, we try to be accepting of people (at least more so than past generations), so it only makes sense that we don’t like labels anymore. We avoid labels to keep things simple, but we still recognize that the possibility is there to DTR if both sides want to.

We know that love is love, no matter how we explain it to others. No matter our ages, genders or social classes, we aren’t forced to define anything if we don’t want to.

On the flip side,  you can label the hell out of your relationships if that’s what floats your boat. You can pretty much get married whenever we want to whomever we want. You can marry young if you want, or you can wait until you’re older to stick a label on your love.

Honestly, if you never want to label someone, you don’t have to. We don’t need labels anymore to live the lives we want to live.

The upside to not having feelings toward the person you are dating is that typically, no life-altering damage can be done emotionally. It probably still hurts when your f*ckbuddy moves on, especially if he moves on to a “serious” relationship, but it’s not like he broke your heart. It’s not technically a breakup, so there probably wasn’t some kind of explosive fight that ended things.

We avoid having feelings in relationships now to avoid getting hurt. But, we also avoid them so that we can be 100 percent real with someone. There’s no point in hiding parts of ourselves from hookups because we don’t really see a future past the next year (maybe) with this particular person. This typically means we aren’t going to get emotionally invested, either. It’s just not worth it in the end.

Go ahead and complain about how our generation is killing the idea of love or how our hook-up culture is the reason why none of us are happy. Go on and whine about how the “olden days” of courting were way better than our current style. You can just keep sitting around waiting for a guy to throw rocks at your window.

I’m going to go out and live in the world my generation has helped create. I can have all of the freedom and random flings I want until I’m ready to be done with this sort of thing (if that ever happens!)