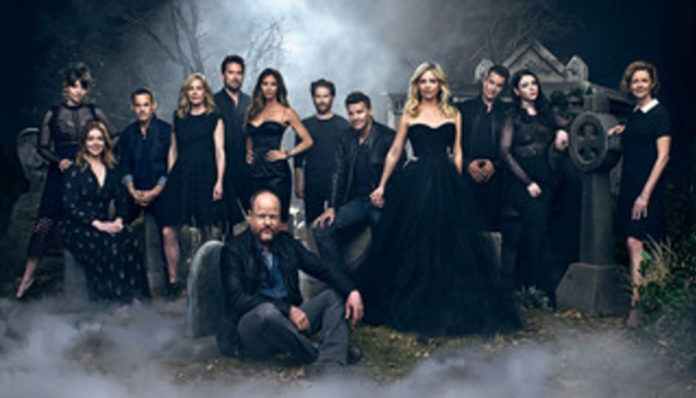 Buffy the Vampire Slayer may have ended back in 2003, but it still resonates with many people today. After all, Buffy was a feminist icon for young women everywhere. However, that’s not the only reason that the series changed the face of television forever. In fact, here are five reasons Buffy will always be an important part of television history.

1. Buffy was one of the first shows to highlight bisexuals.

Buffy premiered back in March of 1997, when there weren’t openly gay characters on television, let alone bisexual ones. However, Buffy creator Joss Whedon changed television with his character, Willow Roseberg.

In the beginning of the series, Willow is a self-conscious, bullied computer nerd. She’s lovable, but she hasn’t come into her own. As the series progresses, though, so does her character. We watch Willow build confidence, overcome a devastating breakup with Oz, and learn that she’s a powerful witch. When Willow moves to college and meets Tara in a Wicca group, we see a beautiful relationship develop between the two. Finally, some television representation for LGBTQIA+ youth!

Joss Whedon uses Buffy to push the boundaries of television and bring real-life issues to light. For example, Willow’s unhealthy relationship with magic shows us just how destructive addiction can be. We watch Willow battle addiction, relapse when Tara tragically dies, and finally seek help.

In Buffy, Whedon also doesn’t stray away from the issue of domestic abuse. In the episode Beauty and the Beasts, Pete is extremely abusive towards his girlfriend, Debbie. Then, when Buffy’s vampire boyfriend, Angel, loses his soul, he becomes Angelus again. Angelus tortures Buffy, her friends, and her family, and Whedon uses that experience to show how prevalent domestic violence is.

Although many shows tackle the death of a parent, few show the raw emotions that arise in the aftermath of losing a loved one. However, when Buffy’s mom dies, we see all of the different ways that grief can manifest.

Supernatural forces didn’t kill Buffy’s mom, Joyce — an aneurysm did. Because of this, her death deeply affects each character . Buffy appears to dissociate. Dawn completely breaks down at school. Xander punches a wall in order to release his anger. Anya doesn’t understand how Joyce could have died and questions mortality. Giles tries to stay strong for Buffy despite his grief. And Willow panics about what shirt Joyce would like best even though she’s gone. The show helps us understand how grief affects everyone differently.

5. The show discusses gun violence in a relatable way.

Buffy The Vampire Slayer also touches on school shootings and suicide attempts. The episode Earshot ran shortly after the Columbine Massacre, but with so many school shootings in the news, it still hits home. In the episode, Buffy can hear people’s thoughts, and discovered that someone wanted to kill every student at school. When she finds Jonathan in the clock tower with a rifle, though, she learns that he actually just wants to take his own life. Jonathan was constantly bullied and couldn’t take life anymore, but Buffy convinces him to stay alive. Although school shootings are a tough topic, they’re important to discuss in TV shows like Buffy.

Buffy the Vampire Slayer was not only entertaining, but it also inspired so many, including me. Buffy will always be a pivotal character in television history. After all, Buffy not only “saved the world a lot” — she also changed it.

Why You Shouldn’t Feel Bad If You Avoided Your Extended Family...