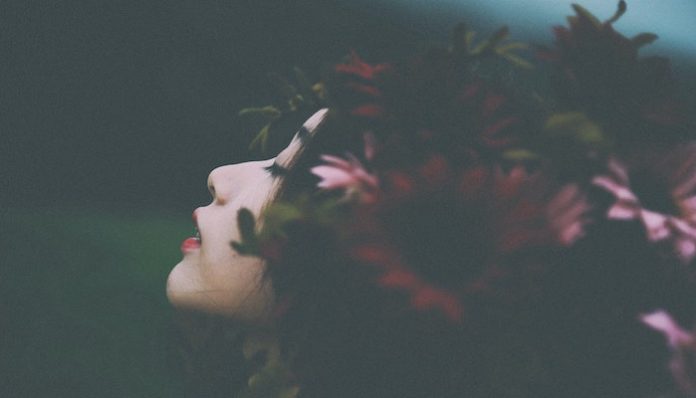 I stared into my own eyes of my reflection in the shiny rose quartz sitting on top of my phone. I needed to concentrate for this love spell.

The pink tealight next to me flickered back and forth, distracting me from my target. I shook it out of my head and turned back to the quartz, beginning the chant I memorized from my spellbook:

I repeated the mantra in a whisper:

After quietly concentrating on the quartz for another few minutes, I said the closing line: So mote it be. Then I turned away and let the candle burn out while I read a book on the couch.

This wasn’t the first time I’d mystically tried to use love spells to get in touch with Barry, my crush from high school, nor was he the first (or the last) guy to fall prey to my attempted love spells.

I carved names into candles with a wish for a date hidden underneath; Burned shells full of spices and herbs to attract my soul mate; I even slept with a charm in my pillow, written in essential oil on parchment paper, attempting to have someone dream about me.

If I wasn’t afraid of poking myself with a needle, I could have written it in blood.

After first being obsessed with guys, I was secondly obsessed with love spells. I’ll spoil the fun for you now: none of them worked. Well, not that I know of, at least.

I did attempt to cast a love spell on a friend of mine, who ended up being into me maybe six years later, but it never went further than a mutual attraction and appreciation. Maybe I just didn’t put enough energy into the magic.

Over the years of my Pagan existence, I’ve amassed a small library of spell books, all of them containing at least some love spells that I’ve completely tried right away.

Now that I’m happily married and don’t “need” the love spells, I like to go through my books and read them.

I’m not entirely sure why I was so attracted to spells of the heart in my younger years. Perhaps I lacked self-confidence to go out and ask guys on dates. For sure, though, I didn’t think I was worthy of affections from my subjects.

There was no way they would like me for just me, so I decided I would try to win them over in a mysterious way. In a way, it boosted my confidence.

I felt like I was doing something, making an effort. To me, working magic on people made me a complicated woman and that would be more appealing. I felt empowered.

But in retrospect, I think I looked pretty silly.

If anyone had come into the house while I was mid-spell, I would’ve been mortified. And the ethical implications of those spells sometimes playback in my brain these days.

Was I robbing someone of free will by trying to get them to fall in love with me? And if they did, how would I feel?

I’d probably be skeptical and accusatory and assume they didn’t really love me; it was just a side effect of a crappy spell that would one day wear off.

Ladies, let this be a lesson to you. If you like someone, go for it. Ask them out.

Spells may be fun and interesting, but do you always want to second-guess your partner’s feelings for you? Probably not.

I never did hear from Barry again. I found him on Facebook a few years back and saw that he moved to Georgia, was married, and had kids. He never accepted my friend request.

Why I Needed To Let You Go To Finally Feel Free