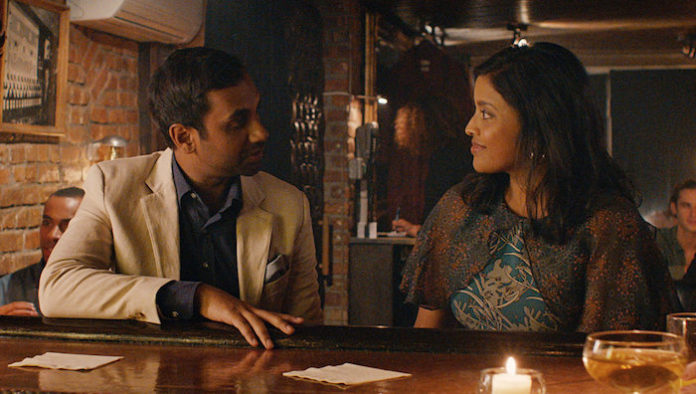 I don’t know exactly where it is located, but I seem to have a magnet on me that only attracts assholes. The nice guys never talk to me; it is always the overly confident douchebags who want to talk to me. Don’t get me wrong, I wasn’t expecting to meet prince charming at a frat party, but could I have at least one nice guy come talk to me? Ask my friends and they’ll tell you, I’m the one with the best stories because you really can’t make this shit up.

I was in a wedding last year, and the guy I walked down the aisle with was known as the “asshole of the group”. All my friends snickered. Of course Lindsey got paired up with the fuckboy. That is basically the luck I had with boys all of the time. My dates, random guys, and the list of exes aren’t the best, but they make some pretty damn good stories.

Here are my amazing, crazy stories of all the douchebags that have hit on me. I hope you enjoy!

One night I was at a sports bar in Portland and struck up a pretty good conversation with a guy. He was pretty cute but a little douchey. He bought me a drink. So, I thought, “What the hell? Why not?” Literally half way through talking, he just looked at me and said “I think we’d have really good sex” WTF?! We weren’t talking about that nor was I acting like I wanted that. I would have threw that drink in his face, but it was Patron.

When I moved to Austin I had recently gotten out of a relationship. I thought that a fun way to meet new guys would be to go on Tinder. I swiped right on a guy a few years older than me and he asked me to go out with him to a pretty nice restaurant. I thought maybe his intentions weren’t bad since he was taking me to dinner but thank God I didn’t let this guy pick me up. A few seconds after meeting this guy, I could tell there wasn’t any attraction. But being the polite person I am, I didn’t want to be rude so I stayed for dinner. He proceeded to buy me a nice bottle of wine and dinner. The conversation wasn’t bad but after our dinner, he told me he had a present for me in his truck. (Major red flag.) I definitely was on high alert after that comment.

I went to his car and he gave me a rose and a gift bag, which included: a fifty shades type mask, lube, and a vibrating ring. What the hell? Where did he get the idea I wanted that? In what part of the conversation did I say I wanted to have sex this guy? I nervously laughed, so in shock I didn’t know how to respond. I was so creeped out. He then proceeded to tell me that if I used those things with another guy it would kill him. He also said that he was lonely and he wanted me to come over. I did the fastest walk of my life to my car. Thank God they were about to give me a parking ticket so I had an excuse to get the hell out of there. What guy after a first date gives someone that? And later he sent me a dick pic. I told him to never contact me again, and yes I threw that bag out as soon as I got home.

After my tinder incident, I swore off dating apps. But when bumble came out I had high hopes for the quality of men on this new app. I swiped right on a guy and we talked for a bit. I met this cute guy and the conversation wasn’t that bad. But the only thing we really had in common was that he went to school in Arizona and so did I. Besides that, he was trying to sell me on this $3 dollar beer: over, over and over again. Like holy shit, why did you ask me out if the only thing you can afford is a $3 beer? I hate beer because it makes me bloated and burp. Do you want me to look pregnant and burp in your face? Safe to say I never saw him after that.

I was at a bar one night, and I met a really cute guy. We danced and I even followed him to another bar. After this, he immediately tried to shove his tongue down my throat and I pulled away. I decided to forgive him, and gave him my number. Later in the week he asked me to dinner at a really cute, romantic spot. I thought maybe this guy actually liked me. Except, during the date he had his phone on the table the whole time and it kept going off. I could see from the corner of my eye the notifications were from dating apps. Safe to say we didn’t go out after that.

I was in a sorority in college and one night we had a dinner with a fraternity. We got dressed up and played some games. At the end of the night, this cute guy caught my attention. We had a really good conversation, and he told me he was a junior. I was a senior at the time, but I didn’t really mind the difference. But to make sure this guy was 100% into me, I quizzed him hard on his recruitment year to see if he was lying. I was so smitten. After talking to this guy for literally an hour and connecting, I ran up to my big’s room telling her that I just met this amazing guy. After a few minutes of internet stalking, she looked me dead in the eye, and said ‘Lindsey he is a freshman!’ My heart sank I really liked this guy, but as a senior there was no way you can date a freshman.

My senior year of college, I was at a party and playing flip cup. There was a pretty cute guy and we hit it off. He lived at a frat house with roof access. I had always wanted to sit on that roof and have a drink. And that’s exactly what we did. He also told me that he was a senior. After I went back to the sorority the next morning, one of my friends proceeded to tell me that he was a sophomore and a huge asshole. I just couldn’t keep this streak up of dating younger guys who lie to me.

I went snowboarding with my mom when I was home over winter break. We were at a little cafe on the mountain and a guy interrupted my mom and I to hit on me. Who the hell hits on you when your mother is there? To make matters worse, my mom was into the whole setting me up thing, and made sure he got my number. Once I told him I wasn’t looking for anything because I lived in Texas, that made him pursue me harder. I finally set it straight, saying I’m not looking to Netflix and Chill. His response, “How about Comcast and make out?”

It seems that no matter where I go, or what I do the “good guys” cease to exist. I could be snowboarding or just getting drinks with girls and the assholes find me. I don’t know how to not take it personal, but I can at least say it’s never a boring night when I go out. I hope these stories were as exciting and shocking to you as the night they all happened to me.

Featured image from Master Of None