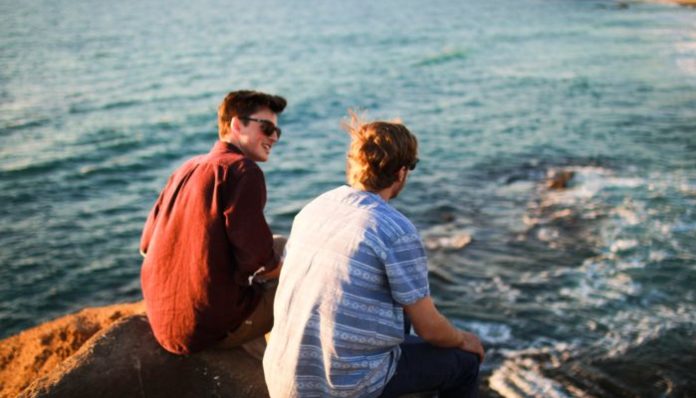 It’s obvious that not everyone can get along to a complete T, so it is not surprising that just as how us girls can’t seem to stand a certain “type” of ourselves, men can’t either. What I mean by this is, you know how we all seem to distinguish that loud and obnoxious girl that is always on the phone trying to look interesting so she gets all the attention and we want to slowly stab her death for just being annoying? Well, same goes for men and how they can tell apart from each other.

Men seem to have their own certain stereotypes of themselves they try to avoid at all costs and then there are those that they simply just lose all their respect for. and honestly, after going through the thread we don’t blame them.

1. That’s plain wrong.
Dudes who put their SO down around friends or family to get a cheap laugh, be it about weight or appearance or sexual innuendo or whatever knowing full well how uncomfortable it makes them feel and everyone else in the room for that matter. Don’t be a cunt fuckhead.

2. Have fun never getting laid.
When they throw you or someone else under the bus to try and get laid.

3. A real man feels…everything.
Guys who think housework and cleaning and being there emotionally for his kids is gay.

4. Too much social media isn’t good.
When they try too hard to get attention.
Examples would be like guys who post things on facebook like:
“I just saw a woman trying to carry her groceries and so I helped her. #JustANormalDayForMe @Sally @Jessica @Jamie @Amber (proceeds to tag like 20 women)

6. Too much ego.
When they’re so busy talking about themselves and their accomplishments and you only asked them how their day was.

7. Not everything is high school football.
When they try to turn EVERYTHING into a dick measuring contest.I can be competitive, sometimes irrationally. But never when its not an actual competition and never in a casual setting. Trying to top someone else’ story/experience for literally no reason annoys the hell out of me.inb4 “I bet it annoys me more than it annoys you!”

8. Be respectful of the gym.
When they don’t re-rack their weights.

9. Other people use that.
When they piss all over the seats of public bathrooms. Fucking disgusting and unnecessary.

10. Just be yourself, dude.
When they turn “alpha” and try to punk you when they get around new people, but as soon as those people are gone, they try to revert back to their “old selves” and think it’s okay.

11. Cat-calling is disgusting and so are you.
This might sound like I’m bullshitting, but I honestly never thought catcalling/random pickup lines were that pervasive until my fiance mentioned it one day. That was a couple years ago and to this day the fact that a LOT of dudes seriously pull the “mmm hey baby what’s going on” shit just boggles my mind.

12. Mixed drinks get you drunk faster and for less money.
A dude who only drinks beer because mixed drinks are “girly”. I’m gonna drink this margarita like a man and enjoy it. Cheers.

13. Unless she asks, don’t do it bro.
Dudes who send unwanted dick pics to women.

14. Ego. Ego. Ego.
When one tries to talk over another guy or during someone else speaking. Like really we learned this shit when we were kids. One at a time, please.

15. Don’t play people.
After playing an all-night session of card games in a pub, I was walking back to a guys house who was giving me a lift home and we got to chatting. He mentioned his girlfriend, and that he was only with her until he met someone better; he then introduced me to his girlfriend when we got to his place, and she was absolutely lovely. She was really friendly, and thoughtful, and I just found myself with absolutely no respect for the guy for being such a douche.

16. I don’t care what car you drive.
Bragging or dishonesty. They are usually done together so easy to weed those people out.

17. Just chill.
Playing pool one night with my buds, random guy was leaning on our table with his fingers over the edge onto the table. I was lining up a shot but didn’t want to hit his fingers so I politely told him his fingers are about to get hit by a ball. The guy LOST HIS SHIT and made a huge scene. Yeah, that kind of shit.

18. Own up to things.
Don’t blame everyone else for the fact you haven’t made the best decisions in your life.

19. The worst kind of people.
When they purposely make other people’s lives harder than it has to be.
Saw a bunch of guys who all thought that leaving trash on tables in a cafeteria was okay because it’s what the janitor is paid to do. It is not okay! It isn’t hard to be a decent human being

20. Never ok. Ever.
If they try it on with someone’s girlfriend/wife.