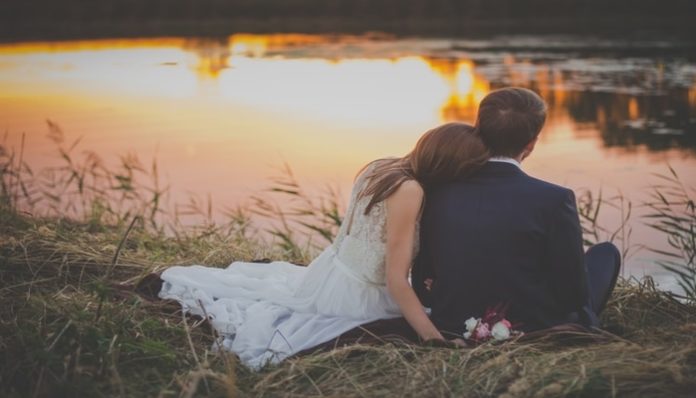 I married a boy I had only known for six months, two months after my 19th birthday.

We were engaged two weeks after our first date and we had our first baby three years into our marriage. We have now been married more than 13 years, and while I could say a million things about marrying so fast and having kids so soon, I wish most that I had the life potential I lost when I made the decision to become a teenage bride.

I was everything you’d expect a 19-year-old to be: irresponsible, overly-emotional, immature, impulsive, and most certainly not cut out to be a wife. My husband was 22 and had grand plans of someday becoming an attorney and one day, a judge.

He was completing his undergrad while working at Radio Shack and living in a tiny apartment on the wrong side of town. I was working at a lingerie shop, living with my sister and three other male roommates. I had no big plans for my future.

No one took our relationship seriously, so they weren’t too invested in our wedding.

If you were to ask my husband about the first year of our marriage, he would say that it was one of the roughest years we’ve had. I, on the other hand, barely remember it, as I was battling mental illness without the crutches of booze, drugs, and one-night stands. Our marriage felt like a recipe for disaster, but we remained Mr. and Mrs.

Our fights were always about the same things: money, sex, chores, and who had the more important life. When I got pregnant at 21, we finally felt like we were grown-ups. I settled into my role as a stay-at-home mom while my husband finished up undergrad and applied to law school. He was accepted to several schools, and we chose to move for him to attend law school.

When my husband studied in law school, I learned to never rely on him for anything. I kept telling myself that if I could just power through, we’d both reap the rewards of his hard work.

But by the time he graduated, I stopped waiting for our marriage to “get better.” I stopped accepting my husband’s habit of ignoring me. I told my husband that I wanted to leave him. But rather than letting me leave, he fought to keep me, and I chose to stay.

We got pregnant twice. By the time our second daughter came along, it seemed as though things couldn’t get better. I had a perfect little family and had hobbies, like writing and photography, that helped pay the bills and allowed me to travel and try new things.

But a couple of years later, everything fell apart again.

I entered a very dark period of ill-managed depression, and I hated everything about my life. I hated that I didn’t have a true support group around me. The area in which I lived and the lack of opportunities it held for my passions strangled me. Consequently, I began to resent my family for needing me as much as they did.

I wanted a do-over. I wanted to see what I could accomplish without whiny children at my feet and a mortgage in my name. And so I misdirected my anger at my husband, because clearly, this was all his fault. My husband forced me to marry him so young. He was the one who wanted kids. He was the one who kept me on the sidelines while he completed law school. And he was the one who ruined my potential of becoming someone amazing in my 20s.

So I left him.

Leaving my husband gave me time to think about how far I had actually come, despite my insistence that I amounted to nothing more than a wife and a mother. I couldn’t think of a single thing I had done that I couldn’t somehow credit back to Cody, even if I did feel neglected for several years of our marriage.

He believed that I could do anything I set my mind to. And while he may have a hard time giving a compliment, he was my biggest fan.

I had spent months thinking about how angry I felt with my husband when I really needed to talk to him about my problems. Unfortunately, I projected any failings in our previous marriage onto him, and I had convinced myself that he wouldn’t change or listen to me.

I knew exactly how to hurt my husband, and I used that knowledge to shove him further and further away.

But the reality was that I hated myself. I hated that I felt unworthy to be this extraordinarily kind man’s wife. I hated that I couldn’t be content with such a good life.

Who would I have become had I not married so young? I don’t know, but I can say with complete certainty that the woman I am wouldn’t be nearly as fantastic as I am with my husband by my side. He’s helped make me who I am. Through the ups and downs of our marriage, he’s been the constant. I

Getting married young is tough because many young marriages don’t last. And if and when they do, the struggles always look entirely different for each couple.

I don’t know if my husband’s and my experience is common, but I’m guessing that many other young couples feel angry and bitter towards each other. I hope that our story can help them sort out the messy, complicated emotions that come from being part of someone’s life for so long.

Let me let you in a little secret: In the long haul, marriage is worth it, kids.

Featured Photo by freestocks on Unsplash.

Why Having A Good Boss Can Make All The Difference In...