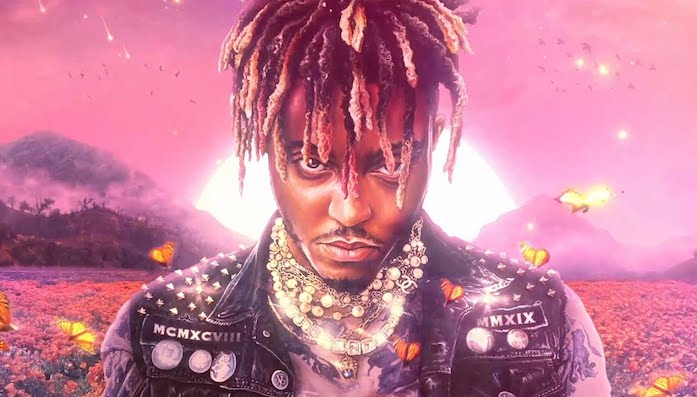 Juice WRLD, the rapper and singer from Chicago, whose real name was Jarad Higgins, has landed the biggest opening week of the year thus far with the release of posthumous album Legends Never Die. The rapper, who died at the age of 21 of an accidental drug overdose during a police raid at Midway Airport in Chicago on Dec. 21st, never got to realize his wider potential in the industry.

His the rise in popularity of his album is a sign of legacies achieved by rappers who started their careers on online platforms. Compiled from unreleased recordings with features by the singer Halsey, rapper Trippie Redd, and DJ Marshmello, the songs remind listeners suffering through pain can sound melodic but is real both inside and outside of the recording booth. He wrote songs of mental illness and addiction with a raspiness that echoed the demands of his life, including fame and fortune. “Legends Never Die”  gives listeners an unvarnished look at struggling with anxiety, pain, heartbreak, and drugs. It gives us all a lens into how intertwined the aforementioned are and how hard the grip of drugs can be. He reminds us all we never truly die if we’re remembered, and of our impact is beyond our life on Earth.

A significant portion of Legends Never Die discusses Juice WRLD’s dependencies on a recreational drug cocktail. Which is prepared by combining prescription-grade cough syrup, a soft drink, hard candy, and pills while expressing awareness of the danger of his coping mechanisms. Without turning them into pieces of substance abuse glorification, the songs “Titanic”, “Lean Wit Me”, and “Righteous” best address this with a catchy chorus that doesn’t take away from the seriousness of the subject at hand.

Towards the end of the album, Juice WRLD discusses death in grim, foreboding lyrics with tracks “Stay High” and “Can’t Die”. The sentiments expressed on the latter track with the lyric “Sometimes I feel like I can’t die, ‘cause I was never alive” are devastating in their brevity. The song “Fighting Demons” is perhaps the song that fully shows his pain. From the opening guitar riffs to the lyrics that intensely showcase his feelings and struggles. Throughout the album, the rapper grapples with descending into a tunnel of crippling anxiety and drug addiction that make demons seem inescapable appear in his life.

There is something for everyone on this album. The record has a way of highlighting and organizing Juice WRLD’s talents in a neat fashion. If you’re looking for a track with a punk-pop sound and an uplifting message, you can listen to “Man of the Year.” Another track that has an uplifting message is “Wishing Well”. Maybe you’re into hype rap, then “Blood on my Jeans” is for you. If you’re into songs about maturation and finding love, then “Have Been Changed” is what you’re seeking. A former ode to his girlfriend, Ally Lotti, the song had been changed upon re-release to address the rapper’s growth and spirited outlook on relationships.

What the next album might have looked like had Juice WRLD not died is unknown. With a reported 2,000 song vault and an album “The Outsiders” , this won’t be the last we hear from Juice WRLD. Legends Never Die functions as a parting, goodbye message from Juice WRLD without feeling exploitative. Juice WRLD speaks from the heart, ending with him speaking from heavens. His message of seeking help when needed and knowing that everything will eventually be okay into our own lives.

Too many young legends, like Juice WRLD, leave us too early. Through his music, he’ll never be gone and can possibly help other legends stay through speaking his truth. It’s on us to help people stay to realize their potential by listening to them when they cry out for help. Listen to his full album below: