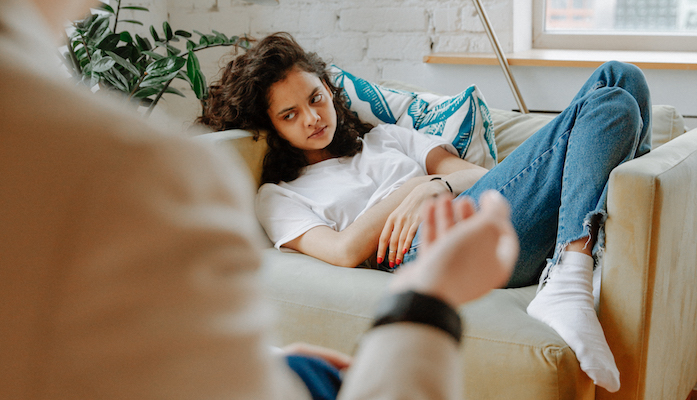 When you’re cast under the spell of love, sometimes the rose-colored glasses distort your reality. They may even mask toxic things that are obvious no-brainers for you when you see them in other people. But when you fail to identify issues within your own relationship, it becomes a bit of a problem. In fact, it can cloak that the person you’re seeing is toxic.

Here are some signs that you’re probably in denial about how toxic your man is.

1. You’ve given him a million chances.

For other guys, you would have only given him two or three chances, but for him, he’s won an endless supply because you think he’ll change — even though he doesn’t want to change for you.

2. You tell yourself you’re overreacting whenever you’re mad at him.

It’s as though you’ve been conditioned to believe that you’re the crazy one after every argument or slight disagreement.

3. You feel pressured to tone your emotions down if you want to keep him around.

You fear that your anger, sadness or any feelings will be too much for them and will scare them away instead of living authentically.

4. Tiny amounts of affection from him mean the world.

A kiss on the cheek in front of your friends is like a marriage proposal in your eyes because it rarely happens. It’s a really low expectation to have and a huge warning sign that something isn’t right.

5. You pretend you don’t need monogamy.

Sure, it could be a legitimate view of yours. But chances are you may use it as an excuse because your boyfriend frequently cheats or says that.

6. You feel like your relationship is the superior one and everyone else is with the wrong people.

7. You make excuses for him.

You always have an explanation or justification for the mean, hurtful, unorthodox or shitty things he does.

8. You reflect negatively on single life because you think you’re in a great situation now.

You rather settle in an unhealthy relationship (even if you don’t know it’s unhealthy) than be alone.

9. When your friends advise you to break up with him or point out his flaws it results in a screaming match.

Sometimes those outside of a situation are exposed to a side you may fail to see, and you slightly hate them for not hearing you out.

10. You don’t really talk about the problems within your relationship.

You kind of just hope they fade away and want to avoid confrontation as much as possible.

11. You forgive every apology.

Even if he did something unthinkable to hurt you, you will always accept his lame apology or excuse.

You may think that by giving him enough love and affection that he’ll change to the person you want him to be. Sadly no amount of encouragement or pushing will make him change.

13. You feel slightly bad for him when he lashes out because you attribute it to his past.

He had a hard upbringing, his ex caused a lot of emotional damage, he hasn’t been in relationships to know… There’s always some excuse you create to justify his poor behavior.

A relationship where these signs are common is not a healthy relationship-especially if you name-call, snoop, cheat and lie all the time.

Obviously, when you love someone, you’re blindly and irrationally infatuated by them. Of course, you don’t want to see how toxic they are or admit that the relationship could be destroying you in the long term. However, loving someone doesn’t mean they’re right for or good to you. Deep down you may have the gut feeling to leave them, you just can’t bring yourself to say goodbye. But just know if you are experiencing most of these within your relationship, you should consider your options. Ultimately, it could save you in the long run.