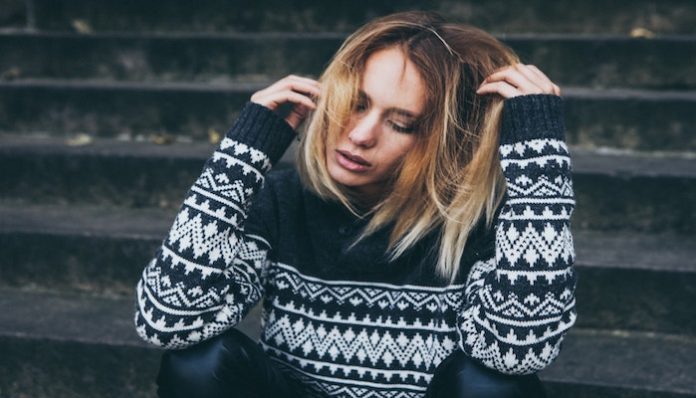 In your world, you did date me happily for a few months. We went on the most romantic dates, met each other’s families, and merged our lives together perfectly. We were both really happy about where we were because it just worked for us — even though other people may not have understood our relationship.

You didn’t lie to me about your intentions. You told me you wanted to date me, but you simply weren’t ready to make it official. I knew you had feelings for me, but I also knew your stance and I still choose to accept it. You also never broke the promises you made. I can’t call you a liar for that.

You didn’t have to stay loyal to me, but you still chose to stay. Despite not having a label and never admitting to your friends that I was more, you reassured me that, in fact, I was. Nevertheless, you had the freedom to flirt with other girls, kiss them, or even sleep with them. And you still didn’t, which I’m still floored by.

However, this is exactly why you feel guilt-free now. You truthfully believe in your heart of hearts you didn’t do anything wrong. You don’t feel like you lead me on, so that’s now my problem, not yours. It’s my fault for looking too far into things that weren’t there and making assumptions based on your behavior.

You didn’t date me the way you claimed, you broke my heart instead.

The way you think about our situation is totally bullshit. After all, you might not have used your words — like a mature adult would — to let me know you were interested, but you silently said it by your actions. You said it when you’d willingly come over for family dinners because you wanted to spend time with me that badly. You said it when you kissed me goodnight on the cheek, lips, and forehead because you just didn’t want to let me go. And you said it when you’d compliment me drunk off your ass when I’d pick you up from the bar every Friday night.

You never told me I mattered to you. But you gave me plenty of reasons for me to think that I did.

What else was I supposed to think when you kept telling me you missed me and wanted to spend more time with me? Was I crazy for believing the future plans you made for us were serious? Those are signs of commitment. So I’m so sorry I made a logical assumption.

You said you weren’t ready, and I was okay with that. But I didn’t realize everything we did meant nothing in the long run simply because I didn’t have the title of being your girlfriend. Now I’m really unsure what we were even doing if every date we went on and every conversation about our future together was just friendly banter.

I know I’m not crazy for thinking you had feelings for me. Because based on your actions, you clearly did, at least to an extent.

I get you don’t want to be blamed for hurting me, but the truth is that you did hurt me. It happened whether you’re willing to admit it or not, and other people can see it too. I’m entitled to feel the way I do, as do you. But you led me on and tore me apart instead of treating me with the respect I deserve.

So don’t act surprised when I don’t acknowledge you in public or when I ignore your snaps. I’m allowed to be pissed off. In fact, I’m still upset, disappointed, and heartbroken. But again, I know you didn’t do anything wrong. So I guess we’ll have to agree to disagree about what happened between us. But I know my feelings are valid.

Photo by Nick Karvounis on Unsplash

22 Simple Ways You Can Save The Planet Before It Goes...

7 Stars Who Would Play Prince Eric Perfectly In ‘The Little...