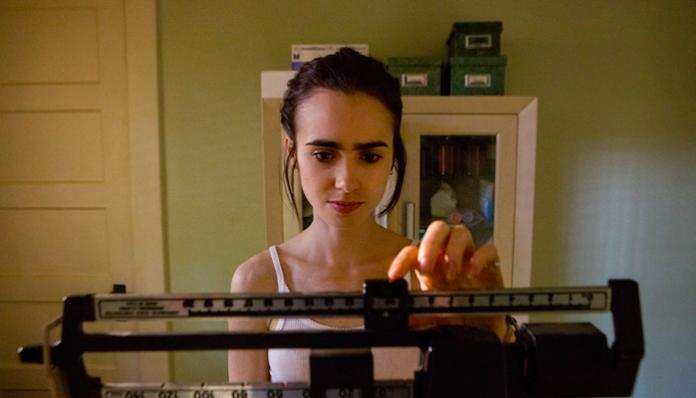 When we think about eating disorders, we think of a boney girl eating a salad with dressing on the side. We think of someone who doesn’t like food or is completely vain and obsessed with him- or herself. However, there is so much more to eating disorders — and the parts we don’t see are the worst.

When you have an eating disorder, food consumes your every waking thought. This doesn’t just apply to anorexia since there are other eating disorders such as bulimia, other specified feeding and eating disorder, and binge eating disorder). If you just ate, you’re thinking about how bad it made you feel, how many calories you’ve had, the ways you want to compensate (like purging or exercise), and how it’s going to affect your weight.

After eating, you’re automatically thinking about the next time you want to or have to eat. What will you have? When are you allowed to have it? Should you even eat again? Not only that, but the reality for a lot of people who struggle with eating disorders is we love food. We’re obsessed with it. We’ll spend hours looking at recipes, watching cooking shows, “what I eat in a day” videos or mukbangs on YouTube. Sometimes, thoughts about food also consume our dreams.

Then there’s the guilt. There is so much guilt when you struggle with food.

There are the obvious guilty feelings around food and eating, which is really hard. But in my experience, the worst part is the guilt relating to others. Eating disorders are sneaky and involve a lot of lying to the people who care about you and hiding what’s happening. This is not something we want to do, but we feel like we have to. There’s also so much shame when you realize how much what you’re doing is hurting others. Especially when you start seeing that your disorder doesn’t affect just you.

The worst, for me, is the constant argument going on internally. Most people who struggle with eating disorders know that what they’re doing isn’t okay. They know that it’s not normal. Sometimes we’re blind to it, but we still know that we’re hurting others unintentionally. More than anything we want to have a better relationship with food. We want to stop constantly thinking about food and weight.

This is where the recovery versus relapse argument comes in — it’s essentially a fight between the real you and your eating disorder. There’s a lot of flipping back and forth between being ready to tackle recovery and then being determined to lose a bunch of weight in a short amount of time. No matter what you decide, it feels like you’re losing.

Having an eating disorder, no matter what kind, is torture.

It’s never like the media portrays it to be. They can affect literally anyone. And, to be frank, eating disorders are a living hell. They’re an exhausting illness for everyone involved. I think that this aspect needs to be talked about more instead of just talking about the superficial parts of the illness.

Most importantly, however, you must remember that there’s a way out. I’ve witnessed so many people break free of their illness even when they were convinced that they wouldn’t. This also needs to be talked about. An eating disorder is not a hell that you can’t get out of. It’s more than possible to overcome it.