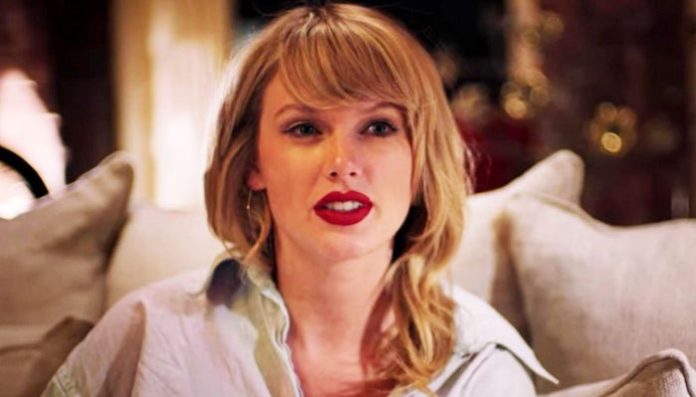 Pop superstar Taylor Swift’s documentary, Miss Americana, premiered at Sundance Film Festival on January 23rd. In the documentary, Swift stunned fans when she spoke out about her past struggles with an eating disorder.

Swift, 30, spoke with Variety about her bold decision to include her past eating disorder experiences in her new documentary.

She shared, “I didn’t know if I was going to feel comfortable talking about body image [in Miss Americana]… but the way that Lana (Wilson, the documentary’s director) tells the story, it really makes sense.”

In a voiceover in the documentary, the Lover songstress elaborated on her battle against her eating disorder. She revealed that “it’s not good for me to see pictures of myself every day.” Swift also candidly spoke out about moments when seeing pictures of her stomach or hearing strangers say that she looked “pregnant” would trigger her. She said that she would, “…just starve a little bit — just stop eating.”

But despite Swift’s ultra-public presence, she’s certainly not alone in her struggles with body image and eating disorders.

Many people with eating disorders will see themselves in Swift’s struggles. Her focus on reward and punishment, her black-and-white thinking, the praise she received for upholding society’s arbitrary beauty standards, and of course, her struggle to speak out about the challenges of living with an eating disorder are relatable. Taylor Swift’s brave decision to open up about her past eating disorder could show disordered eaters that they are seen. And of course, she could also encourage them to speak openly about their disorders without shame. Taylor Swift’s revelation will prompt us to courageously seek the help we need to live fulfilling, recovered lives.

Previously published on The Mighty.

What You Need To Know About The Millennial Who Has A...