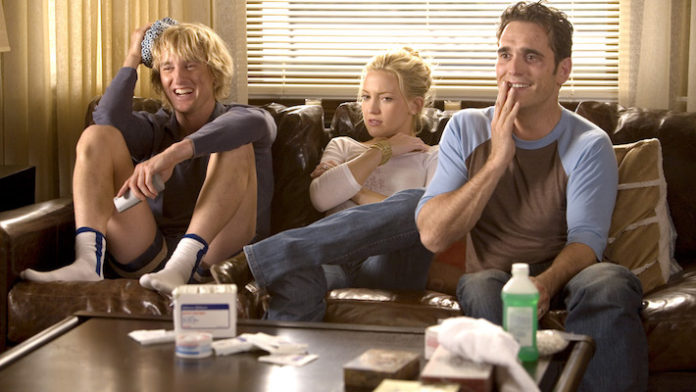 And the fifth wheel. And the ninth wheel.

To be honest, there aren’t many things I’m particularly great at. For example, I’m subpar at most sports, I can’t really drink beer (I get so full, OK!?), and I can’t cook much of anything besides microwavable macaroni and cheese.

But if there’s one thing I have a natural talent for, it’s third wheeling. I’m so good at it, in fact, that I’ve graduated to fifth wheeling and even – wait for it – ninth wheeling.

Here’s the thing: all of my friends are in relationships. Like, literally every single one of them. Except, you know… me. So I have the unique pleasure of being the odd one out no matter where we go or what we do.

The fact that I’m forever alone works out pretty great for my friends, of course. I’m always there to take that cutesy couples pic while I sob silently behind the camera, and I’m always available to be the stand-in boy/girlfriend because I don’t have a boyfriend of my own.

Being the eternal odd woman out isn’t ALL bad, though. I’ve learned a few things along the way from being the third wheel that I’ll be forever grateful for (but also, if you have any single friends, call me…).

Whenever I’m interested in someone, naturally my friends are the first to know. They know me better than anyone, so I trust them to be like, “Yeah, he’s super cute, go for it!” or “Take it slow! I just scrolled through his entire Instagram feed and it looks like he and his girlfriend just broke up four hours ago!”

They know I deserve the best of the best and aren’t afraid to come to me with little red flags I might’ve missed behind my rose-colored glasses. Now that I think about it, I’m pretty sure there hasn’t been one guy who’s ever gotten the immediate green light. But I know it’s only because they want the best for me, right guys?

Even though my friends are seemingly trying to convince me otherwise, I know I’m not totally doomed. Each time their boyfriends come to me asking advice about gifts to buy, plan fun getaways, or post freaking adorable photos online, I’m reminded that there are good men out there – it’s just a matter of finding them.

Because each of my friends already has a guy, going out to pick up men is a thing of the past. If we’re going out, we’re going out in a group that includes a bunch of dudes – so it’s doubtful that any guy at a bar will ever approach. Sad.

But that also means I’ve given up on trying to impress or attract anyone, so I’m at my most comfortable and not giving off any type of please date me I swear I’m really cool and not desperate at all vibes. Score!

As lame as it sounds, it couldn’t be any truer. And it makes total sense. You likely have friendships that go back five or ten years, maybe even longer if you’re an old lady like myself. But have you had any romantic relationships that have lasted that long (if so, tell me your secret)?

After the “honeymoon phase” wears off, all a boyfriend really is is a best friend that you get to kiss sometimes. So if you want it to last, you better make damn sure he’s a good friend first.

Sure, there are tons of horror stories about how routine is the beginning of the end of relationships. From what I’ve seen, though, that’s totally untrue. As much as people claim to love spontaneity and doing things on the fly, what they really love is feeling safe – a feeling you can’t get if your partner constantly throws surprises your way.

From the outside, I’ve seen that pretty much every single fight a couple has leads back to a lack of communication. Unfortunately, no one I know can read minds (yet). But when you’re with someone for a while, it’s easy to start thinking they can read yours. Don’t be passive-aggressive, don’t pretend to like something you don’t, and TALK to each other if you’re feeling some type of way.

No relationship is the same, but every one of them has problems. As a professional odd wheel, I get to watch all the issues unfold – and better yet, get to see how couples move past them. I’ve noticed that, for the most part, compromise and communication are the only two things a couple needs to get past the inevitable bumps in a relationship.

Featured image via screengrab from You, Me and Dupree.