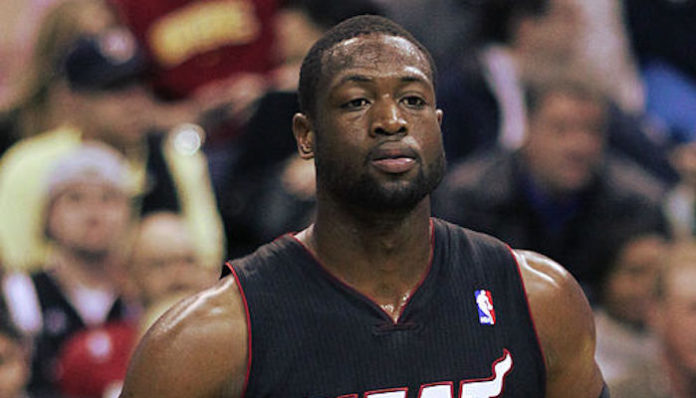 When I think of LGBTQ+ allies, athletes aren’t typically the people who come to mind. I believe it’s because of the preconceived notion that they are too masculine to speak on the topic or even show support. Hence, it’s never been something the general public thinks they care about. However, one of the most famous athletes, Dwyane Wade, is creating a great discussion on how to be an ally for the LGTBQ+ community. He’s also using his celebrity status to raise awareness.

The newly retired NBA star has been very outspoken in support of the community and has been responding to the negative backlash they receive online. His newfound passion has been becoming an advocate for LGBTQ+ rights, since his 12-year-old son has come out as gay.

Last week, Wade made a heartfelt speech showing support and solidarity. He proved he’s an excellent example of what being an ally truly means. He clearly recognizes he’s got a powerful platform, as a world-renowned athlete, and is using it to spread awareness.

In a recent podcast, he was very candid. He discussed the conversations and self-examinations he had with his wife about the possibility of having a gay child. Even before Zion came out.

It all began in June when his wife, Gabrielle Union Wade, accompanied his son from a previous marriage, Zion, along with his other children, to the Miami Beach pride parade. The former NBA player shared posts of solidarity to his Instagram story despite being unable to attend.

Upon the completion of his final season, the father of four began an unofficial campaign to share his family’s story of his son coming out. He also discussed his responsibility as a parent especially because of his large platform.

During Thanksgiving, Union Wade posted a family photo where Zion was shown wearing fake nails and a crop top. After hundreds of hateful comments, Wade reacted via Twitter in a very positive and impactful way – proving how classy and tasteful he is when dealing with bullies.

In addition to expressing his newfound opinions and sharing his growth as a father, he’s also put his money where his mouth is. Partnering with online clothing distributor YNG DNA, he and his family designed pro-equality shirts and donated 50% of the proceeds to GLSEN. And an additional $50,000 donation on behalf of the Wade family.

Personally, I’m really glad to see that he’s aware that he has a voice and is using it to create a conversation that isn’t usually had in the public eye. Especially, when it comes from one of the best professional athletes, it means so much more. He’s openly discussing the growth that he has experienced throughout the years as well as what it means to be a man.

He’s also educating others on how to accept their children and other members of the LGBTQ+ community. There is no other athlete of that stature making such strides for the LGTBQ+ community.

It’s heartwarming to see him so publicly and openly supporting his son and other people who identify as LGTBQ+. I hope everyone learns acceptance and responsibility like Wade has demonstrated, and help give other families (especially dads) the courage to openly support their children. Even if you can’t directly make a change to one person’s life, simply showing your openness and support can show others that it’s okay to care too.